KUALA LUMPUR: Eleven people and a company, Genneva Malaysia Sdn Bhd, were acquitted and discharged by a Sessions Court here of more than 1,000 counts of money laundering and illegal deposit taking.

Genneva Malaysia was also acquitted of the charges.

Judge Mat Ghani Abdullah ruled that the 11 people have succeeded in proving reasonable doubt in their case by end of the defence’s case.

He said the money deposited into the company’s account was not the deposit which was classified under the Banking and Financial Institutions Act (Bafia) 1989, and that

Genneva Malaysia had taken all efforts to follow the regulations under Bafia and Syariah principles.

“In other deposit taking cases, there were no tangible items exchanged but in this case, there were items which existed in the form of the gold,” he said.

However, Judge Mat Ghani granted a stay applied by the prosecution pending appeal.

Jit Meng, Tan, Kah Heng, Poh Weng, Ahmad Khairuddin and the company were accused of money laundering by possessing, accepting, transferring and acquiring the money from an illegal activity via a cheque from CIMB Islamic Bank Berhad into their CIMB Bank Berhad bank accounts.

They were charged under Section 6(4) of Bafia.

Yee, Chiew, Wan Yee, Yee Yaw, Wan Yean and Yao were accused of involvement in money laundering by accepting proceeds from illegal activities and were charged under Section 4(1)(a) of the Anti-Money Laundering and Anti-Terrorism Financing Act 2001. 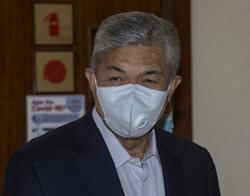