PETALING JAYA: Malaysia’s “Raja Bomoh Sedunia” has volunteered his services to assist the country in yet another time of need – this time to protect us from a North Korean nuclear attack.

A three-minute 18-second video of Ibrahim Mat Zin, who calls himself Raja Bomoh Sedunia Nujum VIP with the title of Datuk Mahaguru, conducting a ritual on a beach has gone viral.

The video features Ibrahim and three assistants ankle-deep in water with two coconuts, a pair of sticks used as binoculars, five bamboo cannons, a carpet, and a bowl of seawater.

Ibrahim, who is wearing a business suit, recites prayers throughout the ritual and then vehemently throws the coconuts into the water as it ends.

A cameraman can be seen in the background recording the entire session.

There is also a disclaimer in the video, saying that you are forbidden to conduct the ritual at home.

“This time, the ritual is to protect Malaysia from any threat or attack from other countries especially North Korea,” Ibrahim was quoted as saying in a Malay portal.

“Besides that, the ritual is also to soften the North Korean Supreme Leader’s heart so he will release the 11 Malaysians immediately and resolve this (Kim Jong-nam assassination) situation,” he added.

Explaining that the bamboo cannon is symbolic, he said the ritual is not to provoke any party but is a cautionary measure to ensure that the conflict will be resolved soon.

North Korea barred all Malaysians from leaving the hermit kingdom on March 7, after Malaysia expelled North Korean ambassador Kang Chol as a result of souring diplomatic ties after the assassination of Jong-nam.

Two Malaysians who are employees of the United Nations World Food Programme were allowed to leave the country on Thursday, leaving nine others still stranded there.

A controversial figure, Ibrahim first made headlines in March 2014 when he conducted two rituals at the Kuala Lumpur International Airport to supposedly locate the missing Malaysian Airlines MH370 flight. 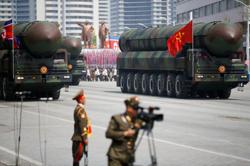 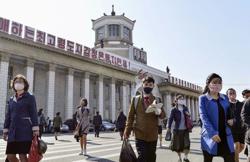