Shweta (left) was announced as the new Miss Malaysia World 2016/2017 replacing Tatiana who was stripped of her title.

PETALING JAYA: In an unprecedented move, Miss Malaysia World has revoked the title of the current holder.

Tatiana Kumar Nandha has been stripped of her crown for what the organisation calls “offensive” comments online.

The post, signed in the name of former national director Datuk Anna Lin, stated that Tatiana, 18, had breached the code of conduct and contract.

When contacted, Lin said that Tatiana and her family had made several offensive posts on both the Internet and social media regarding the Miss Malaysia World organisation.

“There are certain formalities, and she has also breached one involving an important sponsor. This has led to the contract being terminated,” added Lin, who is currently in London.

She represented Malaysia on the world stage in the finals in December in Maryland, the United States.

Lin was the national director and official licensee for Miss Malaysia World from 2013 to 2016.

She had announced that she was stepping down from her role as of January this year, with the reason that her term had ended.

Tatiana’s father, Kumar Nandha, confirmed that she had been served a legal letter about the termination through email on March 3.

“She has done nothing wrong,” Kumar said over the phone but declined to comment further. 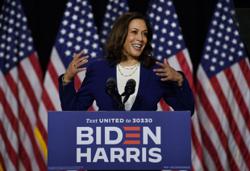