KUALA LUMPUR: Actress Datin Maria Farida has started civil proceedings against a cosmetics businesswoman for allegedly defaming her on her personal life, and is also being counter-sued by the defendants for defamation.

The 48-year-old actress - whose real name is Maria Faridah Atienza - is also seeking an injunction order to stop Hadijah Mohamed Mokhtar and her eldest daughter, stewardess Nur Shazleen Anis Mohd Yusoff, from publishing libellous statements that could tarnish her reputation.

Maria is also seeking an order from the High Court prohibiting the two from communicating with her through SMS text, phone calls, social media or any other form of communication except through her lawyer.

She is also seeking an order barring Hadijah from using, publicising or circulating her photographs to promote any products of her company in any manner.

He added that Justice Mohd Zaki also fixed April 13 to hear an application by Maria for restraining orders against Hadijah and Nur Shazleen.

The two have, however, counter-sued Maria for RM5mil, claiming that the actress had made slanderous media statements against Hadijah on a popular entertainment programme on Oct 25, 2015.

Among others, Hadijah claimed that Maria had caused publication of three other media statements in May 2016 against her implying her as a dangerous person and trying to ruin her marriage.

In the counter-claim dated Feb 16, Hadijah and Nur Shazleen are applying for unspecified amount in general and exemplary damages to be assessed by the court against Maria.

Meanwhile, Maria is applying for various damages and an apology from both, as stated in her statement of claim filed last December. 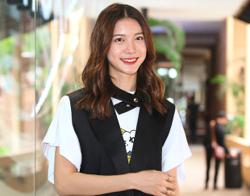 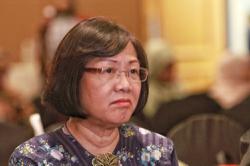