Engaging the future agents of change

GRADUATE students at the Putra Business School are asked to play a card game highlighting 16 cultural dimensions, when they take a cross-cultural management course from Dr Asma Abdullah. The real purpose of the colourful game is to help them understand the hidden dimensions of culture which affect them and their worldview.

Just as her unique card game has helped graduate students to take a fresh look at their own culture and other cultures, “interculturalist” Dr Asma has brought a fresh perspective to G25 since she joined in 2015.

The grouping describe themselves as “a loose association of committed Malay Muslim professionals who share common ideals of what Malaysia should be now and in the future,” she says.

“We are concerned with how religious practices, governance, transparency, justice and institutional policies and procedures are implemented in a multicultural setting like Malaysia.”

Most of the G25 members are from the public sector.

With a string of degrees in anthropology and education, Dr Asma believes she is one of the few members in the group who has worked in the private sector and has a background in culture and human resource development. A published author, she worked with ExxonMobil for 22 years in human resource development. She is now teaching management courses at several local business schools and is also a consultant and facilitator.

“We all bring our interest, work experience and passion to all the issues we champion,” she adds.“We volunteer our time in areas where we believe we can contribute.”

Soon after she joined G25, Dr Asma helped to edit their book, Breaking the Silence: Voices of Moderation – Islam in a Constitutional Democracy. It was launched in December 2015, a year after the group was formed. She also contributed a chapter about the impact of Islamisation on Malays in Malaysia. And she coordinated the team of rapporteurs who covered the group’s inaugural forum that month and compiled the report.

So what does this “cultural anthropologist” hope for, as G25 works towards its goals? Most importantly, she says, “I wish that the voice of G25 could reach the Malay-speaking groups all over the country.”

Most of the group speak and write in English as they were educated in schools in the 1960s, before Bahasa Malaysia became the main medium of instruction.

But they have begun to translate the material on their website and are also writing in Bahasa Malaysia for online media.

Next, she says, “We have to engage in more dialogues and exchanges with our religious bodies so that we can come to some common grounds on how we want to project Malaysia as a country that upholds the principles of justice, equality, compassion and mercy as enjoined in the Quran, and conforms with the Federal Constitution and its prescribed fundamental liberties.”

For example, G25 is in talks with religious leaders such as the Perlis Mufti Datuk Dr Mohd Asri Zainul Abidin.

G25 is also one of the non-governmental organisations co-sponsoring Dialog Rakyat. The newer grouping held its second forum in early February, tasked with converting a code of ethical conduct into actionable practices. Dialog Rakyat is preparing the forum report and plans a roadshow.

“We believe every person can demonstrate these practices on their own,” adds Dr Asma.

She hopes those in power would “create space for groups with dissenting views to articulate their perspectives, and help build a better Malaysia for our children to grow up in a multicultural society.”

She suggests institutionalising feedback “so that Malaysians can voice out their ideas without feeling threatened”. And any project, she stresses, should include perspectives from all stakeholders “so that when decisions are made, they have been thought through as their views have been heard”.

“They are our future agents of change,” Dr Asma points out. Dialog Rakyat is involving them in its future dialogues.

Above all, Dr Asma wants to promote better intercultural understanding and appreciation among Malaysians.

“Over the years, we have seen a number of verbal outbursts, name-calling and viral exchanges and postings that indicate we do not respect others who belong to different races and religions,” she notes.

“We have to find new ways of co-existing and living together so that our young Malaysians will feel proud that they belong to a country where they can contribute and make it a model of intercultural synergy.”

That concern is also championed by the Association of Voices of Peace, Conscience and Reason, a citizens’ movement creating linkages in peace-building efforts and promoting nation-building – where Dr Asma is a committee member.

Both groups are already working together in Dialog Rakyat and she hopes they could work together on research as well as outreach activities for the youth.

Says the interculturalist, “We need to refocus our energies from talking about unity to looking for ways to increase interaction among our young people, so that they grow up to feel comfortable with each other. 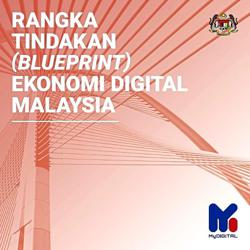