PETALING JAYA: The brazen assassination of Kim Jong-nam in Malaysia was a warning to North Korean elites thinking of defecting from the country via Malaysia, claims an academic.

"This shows to the elites that if they want to defect ... that North Korea maintains an intelligence presence in Malaysia. They are watching who's coming in and who's leaving the country," said Go Myong-hyun (pic), a research fellow from the Seoul-based Asan Institute for policy studies, in a discussion on Arirang TV, an international English-language South Korean network.

"So that means if the North Korean state wants to go after possible defectors who want to transit through Malaysia, there is high risk for them to use Malaysia as a transit point," he said, adding that this was a personal viewpoint.

More than 28,000 people are said to have defected from North Korea to South Korea from 1988 to 2015 for various reasons.

However, it is unknown if any North Koreans defected to South Korea via Malaysia.

Before Kim's assassination, Malaysia had seemingly good relations with North Korea and Malaysians were able to visit the country without a visa.

Go added that the assassination could have been carried out in Malaysia because it carried the least political risk compared to either Macau, China or Singapore – places where Kim was previously seen.

He said that Macau was out of the question as it is a part of China and if North Korean supreme leader Kim Jong-un was indeed behind the murder, he wouldn't want to create unnecessary conflict with China.

Go also said that North Korea would not want to jeopardise their relationship with Singapore as it is an important regional hub for their overseas economic network.

"Malaysia, in a way, is the least risky place to carry out the operation," he said.

Kim Jong-nam, the half-brother of leader Kim Jong-un, died shortly after an unidentified liquid was sprayed in his face at KLIA2 on Feb 13.

Four suspects, including the two women who allegedly carried out the killing, have since been detained in connection with the case. 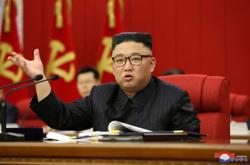 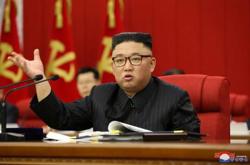