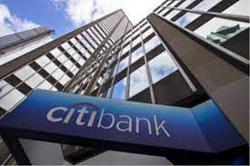 Doing it the old way: It appears that many merchants and retailers are not prepared for the PIN and Pay system.

PETALING JAYA: Malaysia has begun its Personal Identification Number (PIN) and Pay initiative for credit and debit card users but it appears that many merchants and retailers are not prepared for it yet.

They are apparently taking comfort in the buffer period.

It is only from July 1 that signatures will no longer be accepted when cardholders make a domestic payment.

A check on restaurants, supermarkets and shops in the Klang Valley found that most merchants were aware of the PIN and Pay system.

The migration from signature to the six-digit PIN, which started in mid-2015 until Dec 31, last year, covered all credit, debit, charge and prepaid cards.

The new system is meant to verify customers for all card purchases at domestic points of sale.

But at some shops, the cashiers bypassed the PIN, allowing the customers to sign even when they were presented with the new PIN-enabled cards.

“Sorry, I did not know you wanted to use the PIN,” is their most common answer.

A hypermarket cashier even said: “Just sign, PIN and signature is the same.”

For the use of the PIN-enabled card overseas, the Association of Banks in Malaysia (ABM) said cardholders should ensure they have the PIN for their cards before travelling.

ABM executive director Chuah Mei Lin said countries that had yet to migrate to PIN would still require cardholders to sign for verification purposes.

“However, because the new card supports PIN, some countries may require payment to be completed with a PIN instead of a signature and there is a risk of the cardholder’s card being rejected if he does not enter a PIN,” she added.

Cardholders should contact their card issuer if they encounter difficulties overseas.

Old debit cards can still be used for ATM withdrawals 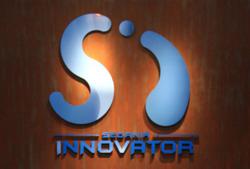 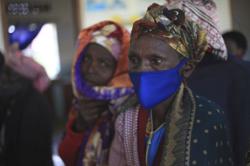 Mais allocates RM2mil for groups affected by Covid-19
Orang Asli village heads urged to get vaccinated to inspire the community to sign up
Tapir found dead after accident, third such incident so far this year
Prices of greens from Cameron Highlands expected to go up with EMCO in several localities
Rela to launch internal probe into involuntary registration of members
Among's lawyer willing to cooperate with native court if called up
Ipoh City Council gives three-month moratorium on assessment, licence renewals, rent
Driver believed to be on drugs shot and arrested by police after killing disabled man during car chase
Marine cops seize drugs worth RM200,000 in Tawau operation
Special committee on Emergency chairman Arifin Zakaria arrives at Istana Negara