Dr Lim tells why he walked 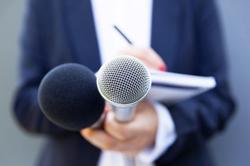 GEORGE TOWN: The only city councillor here who dared to go against the state government does not want to continue after his term ends on New Year’s Eve because he is disappointed with the Penang Island City Council (MBPP).

Dr Lim Mah Hui (pic) said he no longer wanted to serve because “the change in Penang that we want doesn’t seem to be happening”.

“I will remain active as a Penang Forum committee member. I will still speak up on public issues.

“I believe people in public offices should serve for limited terms. Perhaps it will take a fresher mind with new ideas and approaches to make things happen for the better,” he said.

Dr Lim, who has served as a councillor since 2011, also believed that the council should allow the public to observe council committee meetings.

“The committee meetings are where decisions are made. If people are watching the deliberations, then public scrutiny can help temper political interests,” he added.

The press and the public are allowed to witness full council meetings, but Dr Lim said these were formal meetings to confirm matters that had been decided upon.

Dr Lim is the sole city councillor out of 24 with no political ties. A former professor and international banker, he was nominated to MBPP by Penang Forum, a loose coalition of numerous NGOs in the state.

His appointment stemmed from the current government’s 2008 move to swear in councillors representing NGOs. Four such councillors were initially appointed but since 2012, although the official NGO councillors still stand at four, only Dr Lim is known to come strictly from civil society.

He made his maverick nature clear less than a year after being a councillor when he joined a group of 30 people to publicly protest against his own council outside City Hall months after being appointed.

In March this year, he was involved in a heated exchange with Chief Minister Lim Guan Eng during an NGO dialogue session over parking woes, road-widening projects and the council enforcement’s car-towing figures.

A month before that, he sent a letter to Unesco expressing fears that the PTMP would jeopardise George Town’s World Heritage Site status.

Throughout his tenure in MBPP, Dr Lim has been called a liar, back-stabber and betrayer of the state government by local politicians. NGO members, however, hold him in high regard.

“Nobody can live up to Mah Hui’s standard as an example of integrity and representing public interest without fear or favour.

“He had been talking about stepping down for some time.

“Maybe he needs to take a break and we hope he will accept the post again,” said fellow Penang Forum member Khoo Salma Nasution, whom the group has nominated to take Dr Lim’s place.

Former DAP member Roger Teoh, who was initially at loggerheads with Dr Lim over the PTMP, said it was a shame that local politicians had painted him in a negative light.

“Something was not right about how the state was reacting to Dr Lim’s Unesco letter. I felt he was unfairly labelled as treasonous. If his concerns were heard internally, would he have needed to write to Unesco?” he asked.

He changed his stand after doing a Masters thesis research on car use in 100 cities around the world, which led him to resign from DAP recently. 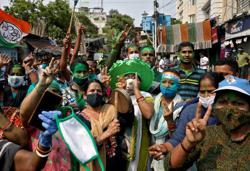 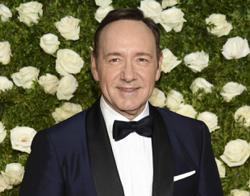