He said this was evident in cities such as Johor Baru, which have congestion issues but lacked an internal passenger railway system.

“We are working with the Johor government to look into the entire Johor Baru public transport system.

“I have been briefed by Iskandar Malaysia officials on their intention to build a train system in Johor Baru,” he told reporters after witnessing the handover of a Nissan Serena window van to Wanita MCA’s Legal Advisory and Women’s Aid centre yesterday.

The van was sponsored by Tan Chong and Sons Motor Company, and will be used to transport victims of domestic violence to safe houses and shelters.

“The existing line has a single track. If we can convert it to a double-track to accommodate passenger rail services, we will have the opportunity to develop the land along the double-track, and Johor Baru’s growth as a whole will be different,” he added.

Like the ride: Liow giving the thumbs up at the handover of the vehicle by Tan Chong Group director Datuk Philip Yew (back seat) to Wanita MCA chief Datuk Heng Seai Kie (right) for the Legal Advisory and Women’s Aid Centre.

Liow said the ministry supported the Johor government’s decision to look into other public transport systems such as LRT and monorail services to help Johor Baru overcome its congestion problems.

“The ministry is always there to assist and guide the state government, not only for Johor but for all states as well,” he added.

On the recently launched MRT Phase One line from Sungai Buloh to Semantan here, Liow said it was a historic milestone in the effort to strengthen urban rail networks.

“Kuala Lumpur has transformed into Greater KL and one of the very important features of this is public transport.

Liow observed that the 31 stations of MRT Phase One were completed on time and at cost of RM21bil, which was below the expected budget of RM23bil.

“The MRT, combined with the KTM Komuter, LRT, monorail and the upcoming high speed rail to Singapore, will be a game changer and will bring in economic growth to the city, especially for the Bandar Malaysia and Tun Razak Exchange projects,” he said. 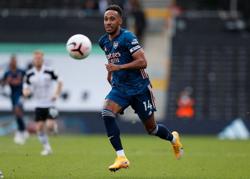