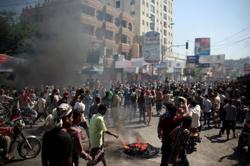 MALACCA: A historian claims to have discovered skeletal remains of what is believed to be a larger-than-usual man in a cave in Pulau Upeh, off the coast here.

Mohd Fuad Khusari M. Said, who was appointed by the Malacca go­vernment to search for new historical sites, said he discovered some bones partially exposed above the ground in Pulau Upeh.

He also found two other unusually large graves some 1.2km outside the cave.

The graves measuring about 5m by 0.5m are located about 15m to 20m away from each other.

“I have reported the findings to the authorities because we have no right to excavate the site without permission,” he told The Star yesterday.

He said the discovery could be proof to validate claims that early settlers in Malacca, including du­ring the Malay Sultanate, were large in structure.

The historian, who has 10 years experience in archaeological stu­dies, said based on the size of the skull and the length of the bones, the remains could measure between 3m and 5m long.

Mohd Fuad said the length of the skeletal remains matched the large graves of Sultan Ariffin and seven warrior brothers in Pulau Besar.

“There was no excavation work at any of these grave sites, thus the tales of the giant settlers remain a myth.

“However, the research on this latest find could help prove or disprove claims that giant-sized men roamed Malacca a long time ago,” he added.

He said there were historical records of sightings of giant races, dating back to the Mayans, and even as recently as 1871 when a newspaper reported the finding of some 200 giant skeletons in Cayuga, Ontario, Canada.

“So, it’s not strange to have sighting of giants in this part of the world and we need to carry out an in-depth research into such claims,” said Mohd Fuad.

There have been previous findings of “gigantic graves” in Pulau Besar here, believed to belong to Muslim religious leaders from Yemen, Saudi Arabia, India and Java, who came to Malacca to spread Islam during the early days of the Malacca Sultanate.

Institute of Historical and Patriotism Studies of Malaysia chairman Prof Datuk Wira Dr Mohd Jamil Mukmin said that the graves were huge compared to modern ones.

“These could probably be due to the size of those buried in those graves, or they were dug larger than usual as an honour to them for spreading Islam in this part of the world,” he said yesterday.

He said Pulau Upeh was once a base for Javanese religious leaders who travelled to the Port of Malacca to conduct Islamic classes for the locals and traders in the 15th century, while the giant-sized graves in Pulau Besar mostly belonged to those from Yemen.

Chief Minister Datuk Seri Idris Haron said he had been informed of the latest finding in Pulau Upeh.

“Yes, we have commissioned the historian to provide facts about undiscovered historical sites and research was ongoing for the latest discovery of the giant-sized remains,” he said.

Idris said he was told that vill­agers from the mainland had placed tombstones on the graves a few years ago.

“Many claimed to have sighted the remains there, and if it is true, we must preserve it for the future generation,” he said, adding that there could be some truth to claims that the early settlers in Malacca were much larger than the current population. 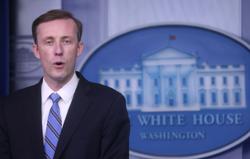 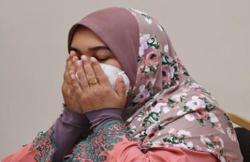