WHAT goes around, comes around. And the ugly Malaysian habit of flushing garbage down the toilet has raised a stink which has come back to taunt us.

Malaysians continue to toss all kinds of rubbish into the sewerage system – either by flushing them down the toilet, through bathroom and kitchen sinks or dumping bigger items into manholes.

But this reeks and wreaks havoc when the rubbish clogs up the sewerage system, causing wastewater to overflow at public manholes on roads or even backflow into our toilets at home.

And things have become murkier, with Indah Water Konsortium Sdn Bhd (IWK) revealing that cases of blockages in public sewerage pipes have been steadily increasing over the past five years, together with the cost to clear them up.

Last year alone, there were a total of 18,683 cases of blockages in public sewerage pipes – an average of about 51 incidents daily.

Some 11,310 cases have been recorded between January and July this year.

With the cost of about RM1,400 needed to clear each blockage, the total sum to solve all cases last year amounted to a whopping RM26.2mil – a spike from the RM25.9mil in 2014.

Examples of garbage dumped by Malaysians into the sewerage system are food scraps, plastic items, pieces of wood, clothes and bizarrely, furniture and animal carcasses too.

“What saddens me is if the system chokes, it is you who suffers,” he tells Sunday Star in an interview recently.

Abdul Kadir explains that when blockages happen, waste water backs up, overflows at manholes and can even blackflow into nearby homes.

He says while people are now more aware about the importance of a proper sewage treatment system, they have yet to realise their bad habits will damage it and pollute the environment.

“Most people have this common misconception – they equate sewerage pipes to garbage bins where they can dispose of all kinds of trash.

“Many consumers and restaurant operators tend to dispose of food scraps including leftover cooking oil and grease, which will end up in the sewerage pipes.

“Over time, these pipes will be blocked, leading to an overflow at public manholes,” Abdul Kadir explains.

Apart from the stench, such an overflow poses a health hazard as wastewater contains harmful organisms that spread water-borne diseases.

He says the trash flushed down the sewerage pipes will also end up in filters at sewage treatment plants.

“Sewage treatment plants are designed to receive only domestic wastewater such as dirty water from toilets, bathrooms and laundries.

“They are not properly equipped to manage other wastes such as trash, food scraps, chemical and industrial waste or dirty oil remnants,” he stresses.

On a more morbid note, he admits there are still occasional cases of people dumping human baby foetuses through the sewer but could not provide exact data.

It was reported in 2013 that IWK had found dead foetuses in its treatment plants, some with umbilical cords attached.

But while the problem of people dumping trash into the system persists, IWK finds it difficult to take action against those responsible.

“This is because it is difficult to detect and verify such sources of pollution,” says Abdul Kadir.

Under Section 61 of the Water Services Industry Act 2006, no person is allowed to dump any harmful substances or matter that is likely to damage public sewage treatment works or interfere with the free flow of its contents.

Those found guilty of such an offence can be fined up to RM100,000 or jailed up to one year or both.

Nevertheless, Abdul Kadir points out that IWK has carried out many activities to help increase public awareness about the importance of IWK’s roles in treating wastewater, protecting public health and preserving the environment.

If it isn’t bad enough that blockages in the system incur extra maintenance costs, IWK also says its profit is insufficient to cover operational costs as the tariff charged for its services is “too low.”

“Our sewerage tariff is one of the lowest in the region,” Abdul Kadir highlights.

Fortunately, he points out that most Malaysians are willing to pay up, with the bill collection rate for last year being 87.3%, as opposed to the 12.7% of users who have yet to settle their bills.

On plans to improve IWK’s facilities, she says that as of May this year, IWK has a total of 6,475 sewage treatment plants nationwide, of which 4,956 need to be upgraded.

A consultancy study for upgrading sewerage treatment plants is currently being carried out under the 11th Malaysia Plan.

On measures to reduce the number of blockages, former Energy, Green Technology and Water Ministry secretary-general Datuk Loo Took Gee, who recently retired, says laws like the Water Services Industry Act 2006 are already in place to deter people from throwing trash down the sewage system.

“But there is a need to strengthen its enforcement in line with the ministry’s efforts to promote a green environment,” she says.

However, Loo also states that penalising the people cannot be the sole solution as the lack of civic consciousness must be addressed with education.

“If you want a good and clean environment, it starts at home. People need to be more mindful of the facilities developed for them and not contribute to the damage to the system,” she says.

She adds that the ministry is embarking on several programmes with local governments to promote cleanliness including highlighting the importance of an efficient sewerage system.

However, as regulators, the National Water Services Commission (SPAN) admits it is difficult to catch individuals who dump garbage into the system as the law requires evidence of the person committing the act.

SPAN CEO Datuk Mohd Ridhuan Ismail says if the culprits regularly commit the act, the commission will be able to catch them but this may not always be the case.

“We also have to prove that the accused have caused the damage to the system. Therefore, it is more effective to have continuous education to change such behaviour,” he says.

Mohd Ridhuan also points out that there have been cases of parties dumping truckloads of illegal materials down manholes.

“The public can report to us and IWK about such incidents of illegal dumping,” he says. 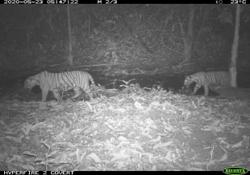