PETALING JAYA: Millions of ringgit are going down the drain to unclog public sewerage pipes. This is because Malaysians continue to dump rubbish into the system.

As blockages become more frequent, the cost to clear up the trash has also steadily increased over the past five years, from RM23.639mil in 2011 to RM26.156mil last year.

“We have had large and odd items like boulders, concrete, footballs, umbrellas and bicycles.

“These bigger items are dumped into the system through public manholes but the system isn’t designed to accept such things,” he said in an interview recently.

Abdul Kadir said the oil and grease that enter the system would solidify when they come into contact with the pipes which are colder underground, causing pipes to become blocked and restrict the flow of wastewater.

“When the system chokes, the wastewater will overflow at manholes. It can also cause backflow to nearby houses.

“People then complain that IWK didn’t maintain the system when the root cause was the trash dumping by consumers,” he said.

Abdul Kadir added that IWK spends a huge amount of money to clear the blockages and in certain cases, pipes have to be broken, incurring higher costs.

It was reported that there were a total of 11,310 cases recorded so far between January to July this year.

On cases of people dumping dead baby foetuses into the system, Abdul Kadir said such incidents still occur but IWK does not have exact data on it.

“Sadly, it still happens. Sometimes, they are flushed down the toilet or in some cases, people open up manholes.

“They believe it is easy to do this because they want to clear any evidence,” he said, adding that IWK employees will report to the police if such incidents happen. 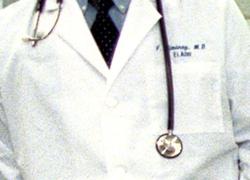