Varsity student allegedly molested on way back to hostel 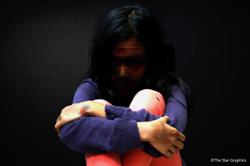 A screenshot from Chua

PETALING JAYA: It was a horrifying experience for two varsity students when one of them was allegedly molested on their way back to the hostel.

Cristal Chua and Tammy Ong, both in their 20s and students of Universiti Tunku Abdul Rahman (UTAR) in Sungai Long, Kajang, said they were walking back to Chua's hostel at a nearby condominium when a man crept up behind them and "grabbed" Chua's buttocks.

Ong also claimed that the man tried to grab her breasts but she shouted and he fled.

The girls uploaded a video on Facebook to relate the ordeal and advised others to be more vigilant.

"I thought it was Tammy (touching my buttocks). I was shocked to see a man behind me. He then turned towards Tammy and tried to molest her when she shouted," said Chua, describing the man as plump and quite short, wearing a black jersey with the name "Mike" and the number "10" at the back.

"If there is anyone suspicious around you, tell the security guard. Also, please shout to get attention if the situation turns ugly," Chua said in Mandarin.

Chua also uploaded a 16-second video clip she recorded of the man fleeing the scene.

In the same post, she also reminded everyone, especially girls to take photographs or record videos of the culprit as evidence and not to attempt to fight back unless they were trained in self-defence.

She urged netizens to help identify the man and take a picture of him if they see him.

Chua said she has lodged a police report at the Sungai Long police station. 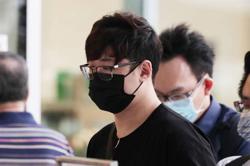