Church polled 6,611 votes in what the local media termed as a shock result.

Guru, who came in second to Church in the last mayoral election in 2013, has been described by one Kiwi news report as Kapiti’s first “ethnic” mayor.

Guru, 63, has had a long history with the Malaysian media, starting off as chief reporter in 1983 with the now defunct Penang-based The National Echo. He then edited The Rocket before contributing to the New Straits Times as a political commentator.

Guru was the special features editor with The Sun before he left for Wellington with his Kiwi wife Claire and two young children in 1995. He now has three children – Jessie Gayathri, 33, Ravi, 29, and Ari, 19.

“My key message in my campaign was for an open, transparent and accountable council. Being a migrant and from a minority community was not an issue although some of them voting for me said that I could not win the mayoralty because of the redneck element,” he said in an interview.

Guru said the win came also as a result of his track record as a two-term councillor since 2010, adding that “meritocracy had to be supported by a long association before you are accepted as culturally safe”.

“But New Zealand is changing significantly, especially in urban areas like Auckland where the demographics has and continues to change significantly because of new migrants providing opportunities for political representation,” he said.

Besides the trust from the community, Guru said, family support was always vital.

“Being married to a Kiwi may have been a help. Jessie took a full page advert in the local paper under the title ‘Letter from Tokyo’ (where she is now based) which was very well received,” he said, adding that he had no plans to enter national politics.

Guru went back to Penang in 1983 with Claire and three-month-old Jessie.

He returned to New Zealand in 1995 as Claire’s father was unwell.

He worked for a local community paper The Kapiti Observer from 1995 to 2008 and later Kapiti News where his column ‘Notes from a Corner Dairy’ became a must read.

“The title caused a stir as it’s common for new migrant Indians in NZ to own corner dairies.

“The association is often used as a racist joke. I used it as a reverse psychology to subvert that racism,” he explained. Taiwanese city votes on recall of mayor and ex-presidential hopeful 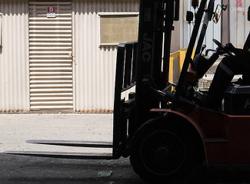 Indian national said to have been killed with a forklift 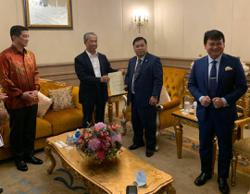