Final farewell to a yacht

ALOR SETAR: They said their goodbyes, even took wefies with each other and their boss and the RM10mil luxury yacht left Kuah in Langkawi for Singapore.

They lasted barely five hours at sea. The yacht caught fire some 15 nautical miles from Muka Head in Penang before an explosion on board left it crippled.

Three of the crew were rescued from a drifting life raft while a fourth person, believed to be a relative of the owner, is still missing.

The Malaysia Maritime Enforcement Agency (MMEA) has launched a search for Brazilian Lucas Bondezan, 24, who was reported missing after the incident at 1am yesterday.

It is learnt that the MMEA received a satellite distress signal from the boat at about 12.05am and sent two vessels to the scene but their search was hampered by rough sea and darkness.

The three injured victims were rescued by a Kedah-registered fishing boat whose crew spotted them drifting in a life raft 38 nautical miles from Kuala Kedah at 3.40am.

They were brought to Kuala Kedah and taken by an ambulance to the Sultanah Bahiyah Hospital here at 8.15am.

They have been identified as Serbian Novak Novakovic, 28, Croatian Rudolf Kolic, 61, and Czech Jaroslav Horejsek, 37.

Horejsek, who fractured his right leg, was wheeled into the hospital in an ambulance bed.

The other two, who sustained minor bruises, could still walk and were discharged later.

The boat’s owner, Pascal Vu Anh-Quan, who had been with the crewmen at the Kuah jetty, was also at the hospital.

He declined to give a statement and stopped reporters from interviewing the three crewmen.

The boat – M/Y UN1K – had left a yacht club in Langkawi at 7pm on Thursday and was heading to Singapore when the incident happened.

The 31m vessel was docked in the harbour for the last five months.

He said the operation was subsequently called off temporarily due to high waves and darkness but resumed at 7am.

Tan said the boat had encountered technical problems in its engine room which caused a big fire that led to the explosion.

Rudolf Kolic,61, of Republic of Croatia was wheeled to yellow zone of Sultanah Bahiyah Hospital to receive treatment

“Lucas Bondezan went missing when the boat sank at 1am,” he said.

It is believed that Vu rented a helicopter to help in the search for Bondezan, said to be his brother-in-law.

MMEA Penang commander Azman Samsudin said the search for Bondezan covered a 10-mile radius from the scene of the incident.

He said the search was called off at 7.30pm yesterday after it got dark and will resume at 7am today.

Tan advised all local and foreign boats to take precautionary measures when carrying out activities at sea to prevent any untoward incidents.

He said the public could call the Malaysian Emergency Response System (MERS 999) or the Penang Maritime Operation Centre (04-2626146) if they have any information related to crime or accidents in the country’s waters. 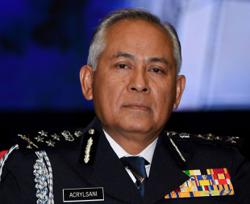 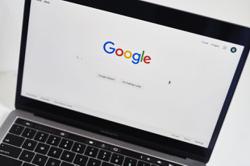