Looking for our cultural identity 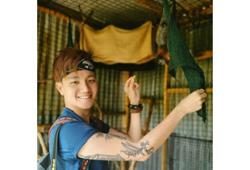 It is time to contemplate our national culture as we celebrate our 59th National Day this week, says former Culture Minister Tan Sri Dr Rais Yatim.

EVERY morning in South Korea, primary school children are asked to walk down a path where they will meet the elderly of the community. The children are trained to respect the elders with a bow and salutations. In Singapore, the young are immersed in a Confucian value system that is inherent in all aspects of their society.

“These values are also ingrained in our culture but where are they in our schools and higher education institutions?” asks Tan Sri Dr Rais Yatim, special adviser to the Malaysian Government on socio-cultural matters.

We need people to come out to say that we need to preserve our culture immediately, he stresses. “But people now are more interested in what they are going to get out of their salary, position or politically. No one is interested very much in forging ahead for a national culture or in preserving our value system.”

Dr Rais believes it is important for the nation to revive our “national culture” for Malaysia’s future, now that we are celebrating our 59th National Day.

“Don’t get me wrong. I am not saying that we are cultureless but the trend of maintaining culture in Malaysia now is inhibited by too many religious and intra-religious values.

“I believe it is not too late. It’s timely for us,” he stresses. “In fact, I think it’s critical as we are now embarking on a big scale education reformation. We need to look within ourselves and see how much of this nation’s ‘transformation’ should contain our cultural heritage and value systems.”

He highlights, even in China, they are now telling their people that “they are Chinese, not Americans, and they are not like Google”, after they hurtled towards progress and development. “We don’t have to be like China, but we need to have our own self-reflection and analysis and reform.”

Our schools are stressing too much on examinations and classroom routines that we do not teach them the basic tenets of culture, he laments, stressing, “We need to introduce culture back into our schools and education system.”

When we talk about culture for the future, Dr Rais adds, we are talking about our value systems and way of life, which include language and education, not just the joyful and artistic manifestations like the dances and music.

Malaysia with its rich mix of diverse races and religions has a rich mix of culture, from the Malay Nusantara traditions and beliefs to the Confucian philosophy, Dravidian way of life and the orang asli and orang asal heritage, he notes.

This is proven historically, he asserts. “Our cultural cauldron started as early as the first century when the Chinese dynasty identified us as a potential trade partner and Indian sailors and fortune-seekers settled in the northern states of Kedah and Penang. It is a historical fact and we should nurture this diversity while taking care of our respective religious values.

“Sadly, while we have so much culture and values here in the East, the Western ways are always hanging over our society – it is changing our language nuances, value system, our education and our way of life. This will shape the Malaysia of the future,” he warns.

At the crux of our culture is “budi” (virtue), Dr Rais notes.

Dr Rais: If you ask me what the spine of our culture is, I'd say it is 'budi', which is the universal value.

“If you ask me what the spine of our culture is, I’d say it is budi, which is a universal value. For the Malays, budi is also modesty and dignity. It teaches us how to be ‘shameful’ in the face of negative elements like dishonesty, cheating and thievery.

“It is sad that we don’t teach or learn it anymore, or try to decipher the wisdom of budi.”

It is with this in mind that Dr Rais is pushing for a Culture Congress to be held next year.

“I’ve approached the Prime Minister about this and so far he’s been agreeable to it. At the moment, we are trying to determine the points that need to be put forward and identify the people who should attend. Crucially, we need representatives from all communities to get together to talk about the points of culture as well as value system and other elements that go toward making a viable, cohesive, progressive society.”

According to Dr Rais, to date there has never been such a congressional discussion.

“The closest we had was in 1971 and that was the time the late Tun Abdul Razak was beginning to take the helm of the country from Tunku Abdul Rahman. He had pointed out the basic need of the nation then to look at the value system as well as to the future of Malaysia.

“He said, the culture of this country should be based on the value system of the inhabitants in this part of the world, guided primarily by the culture of “rakyat di rantau ini”. Those were the words he used. Unfortunately, that congress was more attended by Malay intellectuals; there was a dearth of non-Malay participation then.”

He recounts, after some years, he, along with former PM Tun Abdullah Ahmad Badawi in the Culture Ministry in 1974, had tried to take the national culture issue up again but the problem was that it was only a speech by Razak; it was not a Cabinet paper as it was never brought to the Cabinet.

“Although various groups had expressed their interest and began a national discussion on the issue, by 1978, I’m sorry to say it had become almost a ‘dead letter’.”

“What was recognised is that Bahasa Malaysia, Islam and Malay adat should be upheld as provided by the Constitution.”

Now with the status of Bahasa Malaysia put under the spotlight again with the recent Malaysia Film Festival brouhaha, Dr Rais feels that a review of the issue is due.

“There seems to be a perception that Bahasa is under threat,” he concedes. “We can’t blame them, we have not been successful at making Bahasa a language of knowledge and commerce. In reality, English is now the international language of business, knowledge and the Internet.”

He underscores the importance of national culture and language for unity.

“Our culture of accepting one another now is at its tethers and the future of Malaysia depends on the unity of our diverse communities. We need a bigger and stronger National Unity and Integration Department with a bigger budget and better facilities to plan and run programmes that can enhance unity.”