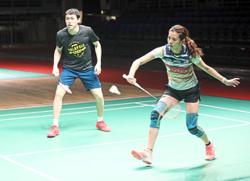 PETALING JAYA: Two days after Goh Liu Ying (pic) won a silver medal for mixed doubles in badminton, the Olympian still cannot believe that she made it to the winner’s podium in Rio de Janeiro.

Writing on Facebook, the shuttler said she was “just Goh Liu Ying”.

“I don’t have the remarkable achievements of the Chinese, the steady performance of the Koreans. I did not have the tactical strategy of the Europeans or the experience of the Indonesian team. I am just Goh Liu Ying.

She said she was not born an athlete and faced many struggles.

“While others completed the training set by the coach, I could only do half.

“I couldn’t build up muscles like other athletes. With smaller muscles, there’s less protection and more chance of me getting injured,” she wrote in Chinese.

The 27-year-old had two knee surgeries in 2014, forcing her out of action for nearly a year and she resumed training only in March last year.

“I couldn’t risk overexerting during training. The strength in my legs is less than that in others,” she said.

Also, because of her surgery, the ranking for Goh and her partner Chan Peng Soon, which was once No 3 in the world, fell to 281.

But since then, the climb back to the top has been steady, with the pair bagging several tournaments last season.

As the first Malaysian pair to reach an Olympics final for mixed doubles in badminton, Goh said winning a medal had been “a distant dream.”

“I shed tears watching the Jalur Gemilang being raised in the hall, it’s the moment that I’ve dreamt of and never thought it could be real,” she said.

Goh said it was also satisfying because the attention of the nation had been more focused on the men’s singles and doubles matches until then.

She and Chan had gone up against the higher-ranked Indonesian pair Tontowi Ahmad and Liliyana Natsir in the final match on Thursday morning.

Goh said that while many had hoped they would win Malaysia’s first Olympic gold, she admitted that “we were not able to put up a good fight.”

She said the plan for her and Chan had been to perform well in the group stages.

“When we found ourselves in the semi-finals, facing one of China’s top pairs, I thought that we might have a chance at the bronze medal.

“But we won that tough semi-final and I felt like it was a dream.

“Did I really win? Is this not a dream? I have dreamt many times about how great a feeling it would be to stand on the podium,” she said, adding that she thought there were many mixed doubles pairs better than them.

“I am Goh Liu Ying. I am a Rio Olympics badminton silver medalist. I will be proud of this for the rest of my life,” she wrote. 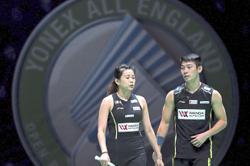