Many NGOs said donations from the private sector and the public had plunged to levels they never experienced before.

However, Kenosis Home, a faith-based drug rehabilitation centre for drug addicts of both sexes and United Voice, which helps with learning disabilities, can count themselves lucky in the present economic gloom.

Both received RM30,000 each yesterday – thanks to The Star Media Group.

The funds were from sales of the book Sunday Starters, a compilation of articles written by the group’s executive editor Soo Ewe Jin who handpicked both NGOs for the monetary reward.

Kenosis co-founder and resident pastor Richard Lee said the body, which provides shelter and training to those in need of rehabilitation, was forced to dig into its reserves due to the present situation, adding that jobs to sustain itself was also hard to come by.

“We depend mostly on the public for funding and look for chores like painting or moving furniture ... but we are not getting such jobs now,” he said, adding that income from such work had dropped by over 60% in recent times.

He said this was why NGOs needed corporations to step in to help them weather the tide.

Soo said he chose the two NGOs to highlight their good work.

“I have known Pastor Richard for a long time and he has done a very good job in the area,” he said.

On United Voice, he said the cause advocated by this NGO needed more awareness.

“We need to help those marginalised by society,” Soo added.

Star Media Group chief executive officer and group managing director Datuk Seri Wong Chun Wai, who presented the cheques to both representatives, said it had been a tradition of The Star journalists who wrote books to have the proceeds donated to charity.

“We know that we will be rich in other ways by making these donations,” he said, thanking Popular and MPH bookshops for doing the same for Soo’s book.

Wong said although many corporations were faced with financial woes, “they must also think of the NGOs who are in a much dire situation”.

“Most NGOs are having problems surviving on what they have, operating on shoestring bud­gets,’’ he said as he appealed to corporations to help these NGOs weather the storm.

MPH and Popular bookshops helped by selling Sunday Starters, which focuses on Soo’s observations of the many facets, faces and issues in the daily lives of Malaysians, without taking commissions for three months in 2015. 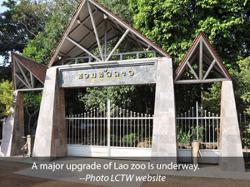