Customs officers in the Nissan X-trail had minor injuries.

State police chief Comm Datuk Wan Ahmad Najmuddin Mohd said the two men, aged 38 and 61, were nabbed at about 4am Wednesday following a series of raids in the Iskandar Puteri area.

He said the suspects are believed to be tontos who hit a Customs vehicle in attempts to evade checks near the Second Link Crossing in Gelang Patah at about 11am Tuesday. (Tontos act as lookouts for syndicates to alert them of impending raids by enforcement officers.)

"The two are prime suspects in the case, which is being investigated under Section 307 of the Penal Code for attempted murder.

"We have identified their accomplices and are hunting for those still at large," Comm Wan Ahmad said in a statement.

He said four Customs officers in the Nissan X-trail had minor injuries after the two tontos - one in a Ford Ranger and the other on a Honda Accord - rammed their vehicle during a chase. 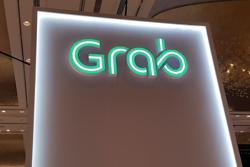