Court: Prisoners have right to vote 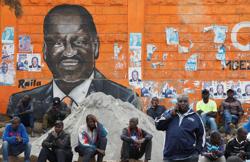 KUALA LUMPUR: In a test case, the High Court has ruled that a prisoner who is registered as a voter before his conviction has the right to vote, but the Election Commission (EC) has no power to bring him to the polling station for him to cast his ballot paper.

It held that the prisoner has to apply to the Prisons Department director-general to make arrangements for him to vote.

High Court judge Justice Nor Bee Ariffin held Friday that Datuk Seri Anwar Ibrahim (pic) was not denied his right as a voter in the Permatang Pauh Parliamentary constituency.

Speaking to reporters after the decision was delivered in chambers, Senior Federal Counsel Amarjeet Singh, who acted for the EC, said Justice Nor Bee held that the EC has no power to make arrangements for a prisoner to cast his ballot paper at the polling station.

"She said Anwar has to make his application to the Prisons Department director-general for him to go the polling station," said Amarjeet.

Anwar, who is serving his five-year jail term in Sungai Buloh prison for sodomy, had sought for the EC to allow him to exercise his right to vote in the Permatang Pauh by-election on May 7 last year.

Amarjeet said the judge did not grant Anwar's declaration that the former Opposition leader is eligible as a voter in any election under Article 119 of the Federal Constitution.

The judge dismissed Anwar's originating summons with RM5,000 in costs.

"Anwar has the right to vote in the Permatang Pauh by-election or any election," he said.

He said the EC must take steps to ensure that every prisoner who is registered as a voter before his conviction is given the opportunity to vote in elections.

"It may be thousands. It has wide impact on prisoners' right to vote in the coming general election," said Surendran.

Anwar had named the EC, its then chairman Tan Sri Abdul Aziz Mohd Yusof and the Government as defendants. 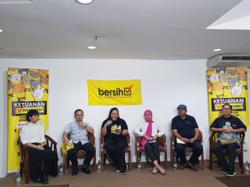 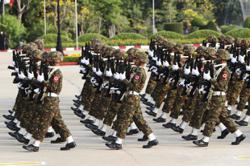