Wrecked: Temple committee member R. Kumarason showing the grilles that were destroyed by the vandals at the temple in Jalan Tengku Kudin.

GEORGE TOWN: A 70-year-old Hindu temple has become the latest victim of vandalism, the fourth such case reported in Penang in the past two months.

Three statues of the deities at the Sri Munees­warar Temple in Jalan Tengku Kudin, near the Udini roundabout, were smashed during the wee hours yesterday.

Temple chairman K. Ramayah said one of the committee members made the discovery when he opened the gates at about 5.30am.

“Three out of the eight statues of deities, placed at the front, back and main shrines, were broken.

“We found a steel pipe on the floor in the main hall,” he said at the temple yesterday.

Ramayah, however, said nothing was stolen from the temple except for a metal trident.

“But all the jewellery and money in the donation boxes were intact,” he said, adding that the temple would now have to order statues from India as replacement.

There was also another incident in Ipoh at the Sri Muneswarar Amman Temple where the statues were smashed in April.

“We believe the statues were damaged with a metal rod. We are investigating the motive,” he said.

ACP Mior urged those with information to contact the district police headquarters at 04-218 1844. 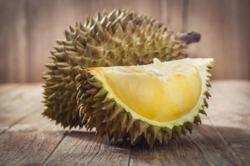