PETALING JAYA: There are more than 66 million mobile phones in Malaysia – about twice the population, inclusive of immigrants.

This means Malaysians are sitting on millions of unused, obsolete handphones at home.

These, along with discarded tablets, thumb drives and other kinds of electronics, are posing a danger to the environment. While these gadgets must be properly disposed of, many just throw them into the dustbins, and they end up in landfills where the minerals and materials inside can leak out.

Malaysian Communications and Multimedia Commission (MCMC) head of technology development Badaruzzaman Mat Nor said most gadgets had an average lifespan of between 18 and 24 months.

“Millions of mobile phones are either lying at home unused or worse, in landfills after they are thrown away and the figure does not even include unregistered or ‘underwater’ mobile phones,” he told The Star.

There were about 65.7 million mo­­bile phones in the Malaysian mar­­ket up until 2014, a figure re­­corded by the industrial research and technology organisation Sirim QAS.

While mobile e-waste refers to waste generated from SIM-based devices such as feature phones, smartphones, tablets and phablets along with its chargers and accessories, EcoKnights president and founder Yasmin Rasyid said e-waste on its own was a broad subject.

Yasmin said that it constituted waste other than mobile phones, such as thumb drives, gaming consoles and electronic gadgets of any kind.

The environmentalist added that electronics contain toxic materials such as lead, mercury, arsenic, cadmium and beryllium that must be properly managed to prevent soil and groundwater contamination.

Seven are still operating and 13 were closed (at the time of research).

Only five landfill sites in the country are equipped with groundwater monitoring wells and the monitors showed higher than standard parameters for groundwater quality.

“This indicates that the groundwater within and surrounding the landfills are contaminated by the leachate.

“More than 70% of the landfills are located within 100m from streams or rivers,” the study said.

Drinking water containing bacteria and viruses, the paper said, could result in illnesses such as hepatitis, cholera, or giardiasis, an infection of the intestine .

Water laced with lead has well-known serious effects on health in­­cluding learning disabilities in children, nerve, kidney and liver problems as well as pregnancy risks while benzene, a component of gasoline, is a known human carcinogen.

“As technology continues to advance, so has the amount of e-waste being produced globally with nearly 41 million tonnes of electronics being tossed out each year.

“With the alarmingly large amount of this type of refuse, there is a problem over how it’s dealt with,” Yasmin said.

Over 90% of mobile devices can be re-used 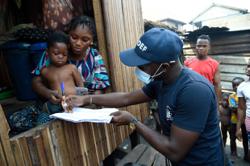 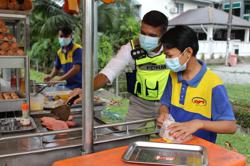