The revival of Canto-pop?

Nostalgic classic pop tunes from the 1970s, ’80s and ’90s evoke the hopes and hard work of Hongkongers, something the older generation look back on fondly and the younger people can tap into.

EVERY weekday for the past three years, between 6am and 6.30am, Commercial Radio DJ Andes Yue wrapped up his graveyard slot with a segment called the “vinyl record series”. Instead of talking, the 38-year-old plays Canto-pop hits from the early 1970s to late 1990s because the genre appeals to Hong Kong’s early risers – the “more mature listeners” – he says.

The vinyl series, which has featured more than 500 albums to date, may be short (“I can only squeeze five or six songs into that slot”) but has proved immensely popular with both local and international audiences who tune in via the station’s website.

“There’s still a market for it,” says Yue, who boasts a personal music collection (in physical and digital formats) of 180,000 Cantopop songs.

“People miss these old songs. And it’s great that they are now being either remastered or reissued, covered by younger singers, or reinterpreted by the original artists.”

He doesn’t necessarily see this as a revival of classic Canto-pop, because “it never went away”. Yue says: “The love of these tunes will always be there ... we are just seeing more new and creative reinterpretations of songs that we are very fond of.”

A trip to the busy pedestrian stretch of Sai Yeung Choi Street South in Mong Kok (where buskers congregate on weekends), a visit to a neighbourhood hair salon, or a taxi ride, confirm that the Canto-pop of yesteryears is still widely performed and played.

Its ubiquity can also be seen in a recent spate of concerts bringing some of the biggest stalwarts in the industry back to the stage: Shirley Kwan Suk-yee, who performed at the Hong Kong Coliseum in April, is due to appear at The Venetian Macao this weekend; as are George Lam and Alan Tam for their “40th Anniversary Concert” on July 16 and Aug 20 respectively, and Kelly Chen Wai-lam on Aug 27, all at the same venue.

Paula Tsui Siu-fung will don her signature polka-dot dress again for her Coliseum outings between July 28 and Aug 2; a host of (retired) veterans including Mak Kit-man, Albert Au Shui-keung, Johnny Yip Chun-tong, Amy Chan Sau-man and Teresa Cheung Tak-lan will also be taking to the stage at the Hung Hom venue on July 22 and 23 to pay tribute to lyrist Jimmy Lo Kwok-jim, as will Commercial Radio DJ and singer-songwriter Jan Lamb Hoi-fung between July 8 and 13 for his “Canto Standup” celebrating all things Cantonese – including Canto-pop.

And while one of the “four heavenly kings” of Canto-pop, Leon Lai, has already staged his 30th anniversary concerts – held at the Central Harbourfront in April – the other three all have dates coming up: Aaron Kwok Fu-shing between Aug 21 and Sept 4; Jacky Cheung Hok-yau towards the end of the year, and Andy Lau Tak-wah, reportedly, in early 2017. All these shows are expected to sell out.

And to think that some thought that Canto-pop was dead. That was the impression given by the late Canto-pop lyricist James Wong Jim in his 2003 doctoral thesis, “The Rise and Decline of Canto-pop: A Study of Hong Kong Popular Music (1949-1997)”, in which he made a gloomy prediction about a cultural phenomenon that defined not only his own career but also that of Hong Kong.

He wrote that the local music industry was hit particularly hard in the 1990s by a lack of “creative talent”. On top of the “retirement” of veterans like Sam Hui, the city lost some of its brightest stars in the course of the 10 years from 1993 to 2003: Danny Chan Pak-keung, Wong Kar-kui (frontman of the band Beyond), Roman Tam and, of course, Leslie Cheung and Anita Mui.

Wong believed that the rise of Mando-pop (in Taiwan and China), rampant music piracy and illegal downloads, and a shift in the market towards karaoke-friendly teen pop spelled the end of the golden era.

A big exhibition on the development of Canto-pop staged by the Hong Kong Heritage Museum in Sha Tin in 2007 showed that record sales had dropped from HK$17 billion (RM8bil) in 1997 to HK$560 million (RM288mil) a decade later, something from which the local music business has never recovered.

“Canto-pop,” the prolific and influential songwriter concluded in his thesis, “has lost its unique characteristics, and its future looks bleak”.

Well, yes and no. While Canto-pop today is not comparable to where it was in its heyday – in terms of both quality and sales – past hits continue to thrive. According to one music industry source, only about 10% of bestselling Hong Kong albums today are new recordings; the rest are either reissues or compilations of old hits.

They are so popular that there is a whole division dedicated to this catalogue at Universal Music Hong Kong. Its head, Danny Chu Wing-shing, says his team’s mission is to ensure music created in the past, whether by big-name artists or lesser known singers, “continues to live on”.

Chu says while mainstream media – television and radio stations – would promote singers and their hits in the ’80s’ and ’90s, today that is no longer a priority. That may partially explain why there are now fewer Canto-pop stars or mega hits like Jacky Cheung’s Love You More Each Day, which at its peak in the early 1990s could be heard everywhere in Hong Kong. Singers today are not getting the same degree of exposure.

“The whole environment has changed,” says Chu. “In the past, radio DJs promoted music. Today, they promote themselves. There is no need for them to push songs that are sent to them by record labels.

“Besides, the market is very open and diverse, and young people look for music that they like themselves on the internet these days.”

But there is still a market for classic Canto-pop, Chu adds. Universal Music has, in the past few years, released no fewer than 10 recording projects that are either reissues or covers of greatest hits by artists such as Hacken Lee Hak-kan, Prudence Liew and Priscilla Chan.

The latest is Lowell Lo Koon-ting’s Beyond Imagination Too (in which the singer-songwriter reinterprets his own hits), and Sandy Lam’s In Search of Lost Time, an album of covers.

It’s for nostalgia, says Chu: “These are songs that people recognise.”

Professor Liu Ching-chih, author of a Critical History of Music in Hong Kong and the supervisor of James Wong’s PhD thesis, says Canto-pop from the early 1970s to late 1990s was a by-product of Hong Kong’s economic take-off, and a reminder of the good old days for those who remember that period.

The inspirational lyrics of these songs often reflect the people’s energy, confidence, hope and strong identity with the city. They touched the people, he says.

“During the 1970s, Hong Kong was one of the four ‘Asian dragons’ and it was very proud of itself,” says Liu.

“James Wong, Sam Hui and the likes were university students and they were confident of themselves because of the city’s growing economic prowess.

“Through our pop culture – music, TV dramas and movies – Cantonese was reaching far, even into the northern parts of the mainland. Canto-pop is a genuine product of this city.”

With the recent emergence of “localism” in Hong Kong – a sentiment shared among Hongkongers who want to preserve local values and culture – the professor says he’s not surprised by the surge of interest in classic Canto-pop.

In April, Chinese University and the Centre for Community Cultural Development co-organised “We Gain; We Lose – A Multidisciplinary Arts Festival”, which was billed as “a platform for artists to express their current state of mind in response to the contemporary societal happenings in Hong Kong”. It included a “Canto-pop Medley” concert designed to evoke people’s memories of the city’s successful past.

Liu says Hong Kong society has changed much since the handover in 1997, and concurs that the popularity of classic Canto-pop can be seen as a sociopolitical phenomenon. After all, Beyond’s Boundless Oceans, Vast Skies was one of the anthems during the Occupy movement of 2014.

“People are not happy with what happened to the city and they reminisce about the days of the Lion Rock (can-do) spirit,” he says, adding that Canto-pop is a form of collective memory.

Yue says people can still relate to the old Canto-pop tunes; Sam Hui and Jenny Tseng sang about the city in the 1970s, about people’s perseverance and hopes, and that still holds true in contemporary Hong Kong.

“Without the hard work of the past, the city would not be what it is today,” he says. - South China Morning Post 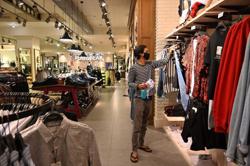 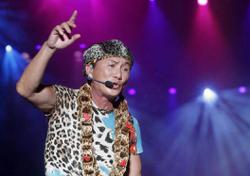