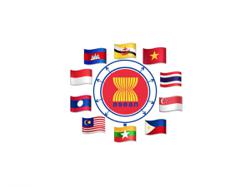 KUCHING: Datuk Henry Sum Agong (pic) created history Monday by becoming the first leader from the Lun Bawang community ever appointed as a deputy minister in the Federal Cabinet.

Henry, who is Lawas Member of Parliament, expressed his gratitude and proud to have been entrusted by Barisan Nasional (BN) top leadership to help in the federal administration.

He said the Lun Bawang community also felt honoured with the appointment and truly appreciated the commitment of leaders at both federal and state levels, especially Chief Minister Tan Sri Adenan Satem, who had been so supportive to see Lawas’ development.

Henry, who is also chairman of the Malaysian Pepper Board, said among the issues that would be given priority were the smuggling-related issues in Sarawak and Sabah borders.

Born in 1946 in Long Tuan, Trusan, about 20km from Lawas, Henry began his career in the civil service as a clerk until he was appointed as Lawas District Council secretary in the 1990s.

The Parti Bumiputera Bersatu (PBB) Supreme Council member joined the party in 1983. He contested for Bukit Mas parliamentary seat in the 10th general election, in which he won with massive majority, and retained the seat uncontested in the following general election.

Henry received the Panglima Setia Bintang Sarawak (SBS) award, which carries the title “Datuk”, from the Sarawak government in 2008, and continued to be the elected representative for Bukit Mas, later known as Lawas, for two more terms after winning the 12th and 13th general elections.

In MIRI, Sarawak Lun Bawang Association president Ipoi Datan verified that there had never been a representative from the Lun Bawang community ever appointed to serve in the federal cabinet.

“This is historic and unprecedented for us. This appointment is also apt as he (Henry) has contributed so well to the community throughout his four terms as the Member of Parliament. The appointment had, inadvertently, recognised the contribution of the ethnic minority group in national development,” he said.

He said Henry’s appointment also proved the federal government’s concern over the interests of the people, regardless of their race and tribes. - Bernama 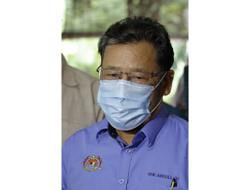