She said Malaysia did not have specific laws that made possession of child pornography an offence.

“However, we have Section 292 of the Penal Code and Section 5 of the Film Censorship Act to act against those with pornographic images and films respectively,” Tan told reporters after attending the #ReplyForAll-MY town hall session organised by R.AGE, Digi, WOMEN:girls and Unicef yesterday.

Asked whether police would seek to amend Section 292 which only deals with the sale and distribution of obscene material, Tan, a panellist at the session, replied that the police are looking into it.

Recently, The Star, in a front-page report, highlighted sexual predators who prey on the young via online chat apps.

According to Lemineur, the top country which in possession of child pornography is United States, followed by the Netherlands.

She also said that technology enabled children to be exploited on a bigger scale but it was “human behaviour which decides to sexually exploit a child”.

She advised parents to educate their children on the dangers online and in the real world and to take steps to avoid them.

“Don’t think because you are not connected, you are safe from being exposed to risk.”

Lemineur said child pornography and grooming should be tac­kled in a holistic manner with the cooperation of everyone, and not just be left to police or lawmakers.

She said laws to counter sexual grooming could easily be drafted based on existing international and regional standards.

“It’s a matter of political will.”

Unicef representative to Malaysia Marianne Clark-Hattingh said as a signatory of the UN Convention on the Rights of the Child, and its Optional Protocol on the Sale of Children, Child Prostitution and Child Pornography, Malaysia has an obligation to introduce measures to protect all children below 18 from sexual abuse, including Internet- related abuse.

“One such measure is to make cyber-sexual grooming an offence. With the right laws in place, law enforcement agencies will have the powers they need to investigate child sexual exploitation, including cyber-sexual grooming, pursue offenders, and identify and protect victims,” she said.

Another panellist, former R.AGE editor and journalist Niki Cheong expressed the need for a change in the education system.

“Children aren’t taught about sex education. Even if you understand the digital issues, without the right education about how to be safe online and the sexual elements, this issue will remain unresolved.”

#ReplyForAll-MY is a five-month campaign by Unicef to raise awareness on the violence, abuse and exploitation that children and young people face online.

> Watch Ep.2 of Predator In My Phone, a R.AGE undercover documentary series on cyber sexual groomers at youtube.com/watch?v=nu_WnaEzw-E

> Watch the recording of the full #ReplyForAll-MY townhall at facebook.com/thestarRAGE/ 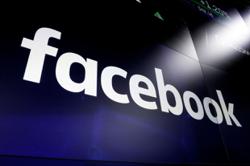 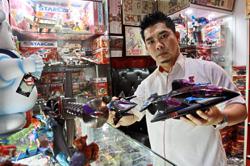 These toys are no child’s play