KLANG: Touting is such a lucrative business that the perpetrators have started opening their own legal firms with the help of new lawyers who have just completed their chambering.

“It used to be lawyers hiring touts but now the touts have turned the tables on lawyers by hiring them,” said a senior lawyer who declined to be named.

He added that the touts would hang around hospitals waiting for accident cases to be brought in.

Once a case comes in, they would seek out a relative of the victim and lure the case to their legal firm.

“They wait there with cash in hand and will go to the relative and offer help.

“They will then give the relative about RM1,000 for expenses and ask him to get the victim or his next of kin to sign the necessary documents to commit the case to their legal firm,” explained the lawyer based here.

Once the claims come in, the touts will take a 25% cut as their service charge and will receive disbursements for all the money they have spent on the case, including the initial cash given to the victims’ relatives to sign up.

“They easily walk away with at least 40% of the entire insurance claim,” revealed the lawyer.

He added that it was an easy job for the touts as it was within their means and ability to secure police, medical and specialist reports to support their insurance claims.

Selangor Bar chairman Salim Bashir said nothing could be done as long as the legal firm was opened legitimately.

Sometimes the victims’ family members also took advantage of the cash that’s being handed out by signing up with more than one tout.

Meanwhile, a vehicle owner who secured the services of a tout to clear red-tape requirements before selling his car, said they even made house calls.

“I had installed an NGV cylinder without obtaining approval and when I was going to sell the car, it became a problem,” the businessman claimed.

He said a used car dealer who was helping him to sell the car introduced him to the tout.

“The tout brought his laptop to my house and settled everything within 10 minutes,” said the businessman. 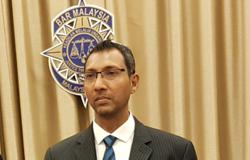