Dr Dhesi (left), who led the team of six people, which developed the app, said that winning the award, given by King

Dr Dhesi developed an AIME (Artificial Intelligence in Medical Epidemiology), which is a disease-prediction mobile platform that employs technology and data to give people prior warning of when disease outbreaks might occur.

Dr Dhesi, who led the team of six people, which developed the app, said that winning the award, organised by the Pistoia Alliance of King’s College London, proves and validates the technology used as a tool for dengue prevention.

He told The Star Online on Wednesday that he is looking to bring the app to Malaysia within the next three months and believes that the technology would be useful to combat Malaysia’s dengue problem.

Dr Dhesi said that he would be working with mobile digital service provider Webe and the Health Ministry soon.

“I’ve been working on this (app) for more than two years,” he said, adding that the prediction model that the app uses is currently being utilised in two cities in Brazil, namely in Rio de Janeiro and Sao Paolo.

According to Dr Dhesi, the mobile platform has an accuracy of 84 to 88% and is able to give warnings of possible outbreaks two to three months in advance, and within a 400m radius.

“The biggest challenge is to gather and extrapolate data and to create information out of it,” he said.

He added that bringing the technology to Malaysia is definitely a difficult task as there are more than 23 variables that his app uses to determine the outbreak of dengue.

This is the second international award that the mobile platform has won, the first being the Singularity University’s Global Impact Competition in Silicon Valley in 2015.

Dr Dhesi is currently is currently pursuing his PhD at Universiti Malaysia Sarawak (Unimas). The public can support his work via Webe. 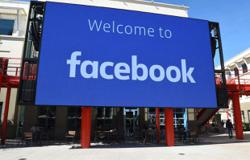