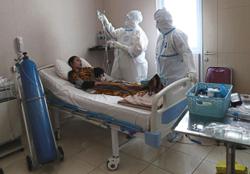 Speaking of her proudest moment in running the program that teaches secondary school students coding, programming and engineering, Alina said it was when students stepped up to present their inventions upon graduating from Arus.

“My proudest moment was to see them on graduation day where they would showcase their final project and present it. At the beginning of Arus, these were the kids who would refuse to speak up and refuse to make anything. And on graduation day they would have their parents, siblings, grandparents there and they were able to speak up completely in English. To see parents giving their kids a standing ovation is really touching,” said Alina.

She added that her students’ inventions were amazing, with her favourite being an automatic paper-sorter for teachers.

“One of the inventions was an automatic paper-sorter for teachers. So a teacher puts in a document and it sorts the document for the teachers,” Alina told The Star Online at the one-year anniversary celebrations of Arus Academy here.

She added that Arus students saw the utility of learning and mastering English through their participation in the programme, which takes in Form 1 to Form 4 students from under-served communities.

“They don’t see a way to utilise English, but now we provide them a platform and they see how English can be used,” she said.

Asked what the future holds for Arus, Alina said that the curriculum would be expanded.

She added that the curriculum was being developed to be based on what other countries are doing and the competitions available for Arus students to compete in.

“I think we need to move with the times and our education system is not moving fast enough. Arus is providing that opportunity for our kids to be innovators and problem-solvers instead of people who answer exam questions. We need students to be able to think about solutions today,” said Alina.

Similar views were shared by Arus co-founder David Chak, who said that his proudest moment was to see his students figuring something out for themselves after they had been struggling on it for a while.

Chak spoke of the challenge of working with Arus students.

“When it comes to students, the challenge is to motivate them to not give up and to keep on trying. I always tell them that they’ve been running a marathon and they have the last 100-metre dash to go. That gets them motivated because they realise that if they give up now, all their hard work will have gone to waste as they have come so far,” said Chak.

Also present at the event were several Arus students, including 16-year old Tan Zhi Hang who got the gathering laughing when he said he aspired to be the Prime Minister of Malaysia one day.

Tan added that Arus has inspired him to dare to dream.

“When I tell my friends that I want to become the Prime Minister, they tell me to stop dreaming and do my work. They don’t dare to think far. Their target is small, so they don’t work hard for their dreams” said Tan. 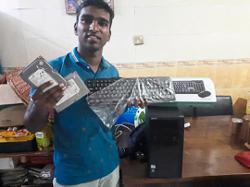 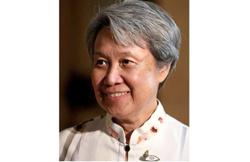