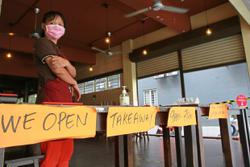 PETALING JAYA: Be prepared for a double whammy tomorrow and steaming hot afternoons for the rest of the month.

The situation will be made all the more unbearable with the equinox tomorrow, when the sun shines directly over the Equator, and the heatwave caused by the El Nino phenomenon.

Malaysian Meteorological De­­part­­­ment director-general Datuk Che Gayah Ismail said the heatwave was expected to continue until the end of the month.

“We are expecting maximum tem­­­­peratures to be recorded between 2pm and 4pm,” she said.

For Chuping, Perlis, which recorded the highest temperature in the country this month at 39°C on Monday and yesterday, she said it would range between 38°C and 39°C.

On weather.com, Nakhon Sawan, Thailand, is forecasted to be the hottest place in the region ranging between 38°C and 42°C.

On Monday Science, Technology and Innovation Minister Datuk Wilfred Madius Tangau said in a statement that the El Nino pheno­menon was the main reason for the current hot and dry weather being experienced in the country.

It may get too hot for school

Many opt for cooler eating habits in stifling heat 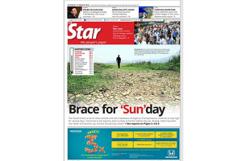 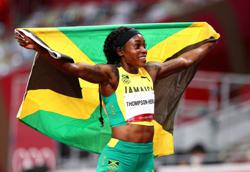