"On Jan 30, 2015, a total of 13 people with ties to Daesh (IS) had planned to kidnap the leaders, including the Prime Minister (Najib), Home minister (Zahid) and Defence Minister (Hishamuddin Hussein)," Zahid told the Dewan Rakyat.

He said this in a reply to Datuk Abdul Manan Ismail (BN-Paya Besar) who asked the Home Ministry to state the success of police in preventing terrorist attacks planned by IS in the country.

Zahid said  police prevented four incidences of attacks in Malaysia by IS.

In September 2014, there was a plan by the group to test improvised explosive devices in Kedah.

Other attempts included attacking places of worship, and entertainment outlets in the country. 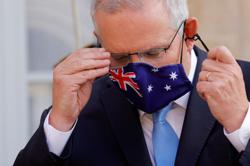