Aid for 25kg-bag removed from today

PETALING JAYA: The subsidy for the 25kg-bag of wheat flour will be taken off from today, a move which will likely lead to more costly food items like roti canai, noodles and those that use general purpose flour.

Millers who attended a meeting with the Domestic Trade, Cooperatives and Consumerism Ministry last week said they were informed about the subsidy removal then.

Wholesalers are also believed to have received a circular on the revised prices for the 25kg-bag of flour for Peninsula Malaysia including Blue Key brand, which is now priced at RM42 without the subsidy.

A flour miller, who only wanted to be identified as Ng, said he was among the industry representatives present at the Feb 24 meeting which was attended by a ministry senior official.

“The 25kg-bag of flour, which is purchased by retailers such as coffee shops and mamak restaurants, will increase from RM33.75 to RM42,” Ng said.

However, the Government will maintain the RM1.35 subsidised price for the 1kg-bag of wheat flour purchased by households such as the Blue Key and Bunga Cempaka brands.

He said they used to get RM600 to RM800 in subsidies per metric tonne of flour produced each month or 60 sen to 80 sen per kilo depending on the price of wheat in the market.

These subsidies, he said, had distorted the market price of flour as the cost of milling wheat into flour could cost more than RM33.75 per kilo. The price for the production of flour varies, based on wheat price which is now RM968 (US$230) per tonne.

“We welcome the Government’s decision,” he said.

Another flour importer said prices of food like roti canai and local kuih which use normal or general purpose flour could be affected by the subsidy removal.

He said bread, biscuits and cakes, which use premium flour that is not subsidised, would not be affected.

Your breakfast may cost more from now on

Eateries: Now is not the time to remove subsidy 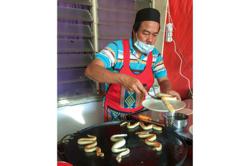 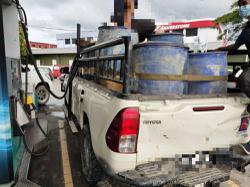 No complaints yet on homemade sanitisers, says Domestic Trade Minister