PETALING JAYA: Vapers are starting young, from as young as those in primary and secondary schools, said the Consumers Association of Penang (CAP).

Its education officer, N.V. Subbarow, said that a survey of eight primary and secondary schools in Penang found 150 students who vaped regularly.

“Among them were non-smokers and some who both vaped and smoked,” he said.

According to him, the students said they started vaping because their school friends did or because they wanted to impress others.

The pressing problem was that none of them wanted to quit the habit and “gave lame excuses for wanting to continue”, he said.

Those who were smokers said that they were not vaping as a way to kick the tobacco habit, he added.

“Even worse, those who were only vaping now told me that they may try smoking later if vaping became boring,” he said.

CAP wants e-cigarettes and vaping to be banned because of the danger to the young, rather than regulated as some people were calling for.

The Health Ministry has been raiding and confiscating vape liquids that contain nicotine, which is addictive and labelled as poison by the authorities.

CAP said this was not enough.

National Union of the Teaching Profession (NUTP) secretary-general Datuk Lok Yim Pheng was concerned over the influence that vaping would have on students.

The NUTP was also worried about the side-effects of vaping, which were still unknown, she said.

Lok urged the Education Ministry to come out with clear guidelines and regulations.

Even teachers and other staff should not be allowed to vape on school premises, she added.

The Star interviewed several students here who were vapers.

Jaya Nashrif Nizam, 17, a non-smoker, said he started vaping early this year as “a way to socialise” with his friends.

“I saw people vaping and decided to give it a try,” he said.

“My mother has advised me to stop, but my sister and I still do,” Nashrif said.

A 17-year-old student who wanted to be known only as Raeb said he started after friends asked him to try it.

“I smoked cigarettes before that, but I didn’t start vaping to quit smoking,” he said.

He said he had been smoking for about a year and his parents knew about his habit.

Student Sean Lim, 16, said he turned to vaping to “relieve stress from studies” as his parents were pressuring him to score only As in his International General Certificate of Secondary Education examination.

But Lim said he stopped after two months because he started getting severe headaches each time he vaped although his vape liquid did not contain nicotine.

See Tian Huey, 16, said a girl she knows was vaping as it was cheaper than smoking and because she believed it was not as harmful.

Doc: Vaping to kick smoking habit not the answer

Kids could graduate from vaping to drugs and ciggies

USIM to ban e-cigarettes on campus from Jan 1 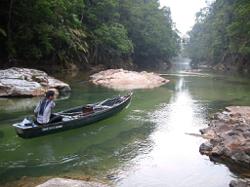