1,000 students drop out due to poor command of the language 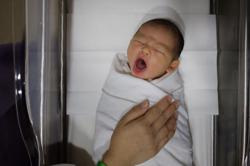 Medical graduates finding it hard to cope in their professional field and their inability to communicate in English is one of the reasons. - posed by models

MALACCA: Poor command of English has put paid to the ambition for some 1,000 medical graduates to become doctors despite having completed a two-year housemanship in public hospitals.

Malaysian Medical Association (MMA) Malacca chapter president Prof Dr M. Nachiappan said these trainee doctors could not cope with the pressure of continuing to be a full-fledged doctor.

“Despite having completed their housemanship last year, they are no longer keen to be doctors.

“The main reason was poor grasp of English. This is not good for the medical fraternity and does not augur well for the nation if stakeholders do not execute some plans to improve the standard of English,” he said.

Dr Nachiappan said other contributing factors were lack of interest in basic medical training, poor relationship skills with patients and frustration due to working condition. He said without proficiency in English, medical students would find it difficult to keep pace with their peers from other nations.

“There must be an urgency to improve the grasp of the language at the primary level. Otherwise, the quality of doctors will go downhill,” he said.

Dr Nachiappan, who is also the deputy dean of Melaka Manipal Medical College, said medical schools were also facing difficulties in churning quality medical graduates due to lack of exposure in English.

He said this was evident with the poor results obtained by medical students when pursuing their stu­dies in universities and medical colleges.

“The quality of our students are compromised due to their inabilities to communicate in English,” he said, adding that most reference books on medicine and lectures were delivered in English.

Earlier, he met a group of 11 Parents-Teachers Association chairmen who were unhappy that the Education Ministry had omitted their schools from the privilege of implementing the dual language programme (DLP).

They have been lobbying for teaching and learning of Science and Mathematics in English (PPSMI) policy since 2009.

The group’s spokesman Mak Chee Kin said they had been fighting hard to be part of the DLP for six years.

“It is unfair to us as some secondary schools which have objected to PPSMI are included.

“We hope our plight will be considered by the ministry. As parents, we felt English is crucial for the future of our children,” he said, adding that all three criteria – adequate English teachers, sufficient resources and consent from parents – were met. 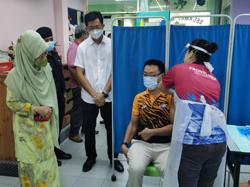