SUPP: Putrajaya must give a clear answer on UEC issue 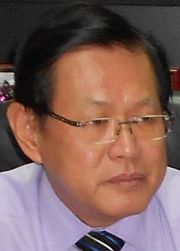 Lee told a press conference here that Putrajaya owes the public an explanation as the matter has been hanging in the air for so many years.

"Even foreign countries all over the world, including India and Europe recognise the UEC. The Malaysian federal government is the odd one out,” said Lee.

The Senadin assemblyman said that SUPP wants the Federal Government to quickly make a decision at the national level to give official recognition to the UEC without any delays.

"The Sarawak state government has already done so. Putrajaya has no reasons not to follow Sarawak's decision,” said Lee.

He added that SUPP is grateful to Chief Minister Tan Sri Adenan Satem for taking the lead to recognise the UEC.

In an announcement two months ago, Adenan officially announced that Sarawak will recognise the UEC and that holders of that certificate can apply for jobs in the state civil service.