PETALING JAYA: International students at the International Islamic University Malaysia (IIUM) are in a fix over the long delays in getting their visas.

It is learnt that several students were in a quandary as their visas had already expired.

One of them confessed that his student visa had expired three months ago.

According to the students, the problem started when the university, located in Gombak, started using the Education Malaysia Global Services (EMGS) system several months back.

EMGS serves as a one-stop centre for international student services, which includes application and renewal of student passes/visas and i-Kad.

An Algerian student, who only wished to be known as Ted, said he had sent in the documents two months ago to renew his visa which will expire next month,

“When I checked on the status of my application on the EMGS’ website, it stated that my application was only 25% complete due to lack of documents. I re-submitted my documents but the status has yet to be updated,” said the Economics postgraduate student who is in his late 20s.

He said IIUM’s immigration unit had introduced a queue number system which served only 60 applicants on alternate days.

“The situation is so bad that late last week some students resorted to queueing outside the unit office at night to get a queue number.’’

Khan, a Bangladeshi student in his early 20s who is pursuing a pre-university course at IIUM, is having sleepless nights. His student visa expired three months ago.

“I submitted my visa and passport for renewal two-and-a-half months before they expired to IIUM’s immigration unit.

“My problem started with the data transfer from a private university I had earlier applied to. I changed my mind on the course of study and institution upon arriving in Malaysia, but it took forever for my data to be transferred to IIUM.

Before the migration to the EMGS system, Ted and Khan said their visas were renewed within weeks.

An EMGS representative said the hiccup could be due to the university not understanding the application process, or a shortage of staff at the unit.

“If there are no issues with a student’s documentation, it takes 14 working days for an application to be approved. The duration is about the same for visa renewals,” she said, adding that EMGS sends reminders to the university at least eight weeks before a student’s visa expires.

In its response, IIUM said the transition from the previous system to EMGS had caused the snag, resulting in large numbers of IIUM students overstaying in the country.

“As an international university, we receive a big number of foreign students. In our case, the number of applications is much higher compared with other institutions,” it said.

In the meantime, the university pledged to resolve the problem by hiring 10 new exployees for the unit. 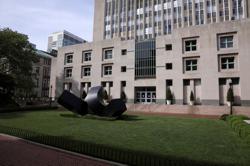 International students wonder if U.S. business school worth it in coronavirus era