POPULAR TV host and actress Noor Neelofa Mohd Noor (pic) has admitted that she did not know that escargot had been declared haram (prohibited) by the Islamic Development Department (Jakim).

The celebrity, popularly known as Neelofa, ate the French delicacy while on holiday in Paris recently and uploaded a photo of the dish on her Instagram, Harian Metro reported.

The photo, captioned “Hands down the best escargot so far”, sparked a debate among her followers, many questioning whether the land snails dish was halal or otherwise.

In her defence, Neelofa said she ate the dish as she was told since young that it was halal.

“I was shocked to see it sparked an argument among my followers on Instagram,” she said.

“I am very meticulous when it comes to the food I consume just as I am careful of what photos I share with the public.

“Had I known the halal status of escargot was doubtful, I wouldn’t have touched it,” she said.

A Jakim spokesman said according to a guideline from the National Fatwa Council, land snails were considered haram.

A check on the official Malaysian fatwa portal, e-Fatwa, confirmed that escargot, or land snails or its Malay name siput babi, is prohibited from being consumed by Muslims.

Land snails are part of animals known as hasyaraat, which refer to small animals that slither around.

In the Mazhab Syafie (Syafie school of thought), hasyaraat animals are haram from being consumed and considered as foul beings.

> A 62-year-old motorist was beaten by a lorry driver because he drove too slow, Sinar Harian reported.

He said he was being tailgated by a lorry and it almost caused an accident. “We then stopped by the roadside and I got out of my car to ask why he was tailgating me.

“Before I could say anything, he punched me in the face,” Lee said.

Lee then ran to his car to avoid more attacks and called his son who later lodged a police report. 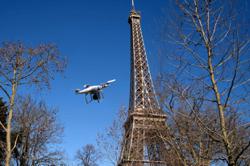