Kuching to celebrate new status as ‘city of unity’

KUCHING: A ceremony will be kicked off by Chief Minister Tan Sri Adenan Satem at Stadium Perpaduan here, in conjunction with the state celebration to mark Kuching's elevation to city status 27 years ago.

The idea for a unity-themed city was mooted last December by Yayasan 1Malaysia (Y1M), which had been looking at the emerging trend to identify and promote cities by their attributes, for example, “historical city”.

Y1M decided on the “unity” theme to describe Kuching, and in this respect, produced a working paper on the feasibility and floated its findings to the state's highest administrative level in April. 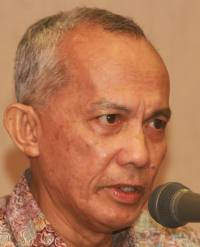 The racial unity in this city is intact, unlike other cities elsewhere in the world. - DATUK SERI AZMAN UJANG


The proposal received positive response from the Chief Minister.

Datuk Seri Azman Ujang, a member of Y1M board of trustees told Bernama that Kuching had a population of more than 600,000, comprising 30 ethnic groups.

As such, it was a good example of a city of unity to the world.

He said the world should learn from Kuching on the beauty of racial tolerance, which yielded harmony, progress and stability.

"The racial unity in this city is intact, unlike other cities elsewhere in the world where relations among the various ethnic groups tend to be brittle," said Azman. — Bernama