Gruesome killings that rocked a nation

GEMENCHEH: The murder of four family members in Kg Batang Rokan near here in January 2010 will surely go down in history as among the most gruesome crimes.

Located south of Tampin and a short distance before Gemas, the small town of Gemencheh hogged newspaper headlines in April 1982 following the slaying of Negri Sembilan assembly speaker Datuk Mohd Taha Talib in 1982 by a federal minister.

Although Mohd Taha’s murder was political, the murder of Atan Daud, 90, his wife Sofiah Katas, 80, their son-in-law Ismail Awang, 76, and Ismail’s daughter Siti Khatijah, 22, were committed by a family member.

A former computer science student and university dropout, Rasidi Ismail, Siti Khatijah’s older brother, had just returned a day earlier to Gemencheh from Kuala Lumpur where he had been working at a restaurant.

Before that, he worked in a bank.

There was no indication that Rasidi, then 32, was mentally ill although the High Court found that he had been diagnosed as suffering from symptoms of schizophrenia two years earlier.

Unfortunately, he never sought treatment for his condition.

The remains of Atan, Sofiah and Ismail were found in a wooden house belonging to Atan just opposite Rasidi’s parents’ house in a rubber smallholding.

Siti Khatijah’s body was found in the hall of her parents’ house with a knife plunged into her chest.

Rasidi’s youngest sister Siti Mariam, who returned home after school at about 3pm, stumbled upon the bloodied remains of her relatives.

She had taken a bus home as her father, who was supposed to fetch her from school, did not show up.

Police arrested Rasidi the following day when he tried to attack an auxiliary policeman with a knife near the Masjid Jamek LRT station in Kuala Lumpur.

Rasidi, who was engaged twice but failed in both relationships, pleaded guilty to the murders when produced in the Seremban High Court in March the same year.

However, he was ordered to undergo psychological evaluation to determine his mental health.

In September 2010, the High Court acquitted him of the crimes on the grounds of insanity but ordered that he be held at the pleasure of the state Ruler. 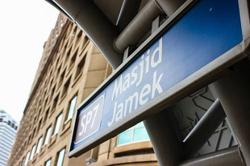 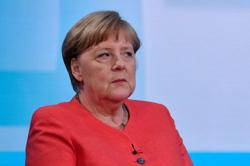 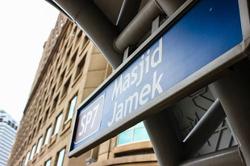