A picture of a child sex offender

Guilty as charged: Seemingly ordinary except for his brilliance in maths, Nur Fitri was jailed up to five years after British police found 30,000 videos and photos of smut depicting the most extreme forms of child sexual abuse on his laptop.

ABDUCTED while playing on her bicycle outside her home in Wales, all that was found of five-year-old April Jones after months of police search were some traces of blood and fragments of skull in a fireplace at the cottage rented by a lifeguard known as Mark Bridger.

Like many paedophiles, Bridger was reportedly a well-regarded member of the community and everybody knew his name.

What nobody knew was his infatuation with young girls and how he lived out violent sexual fantasies through the Internet.

As presented in British court, the list of search terms and material found on Bridger’s computer and mobile phone make for grim reading: victims of child murders and very young girls being abused.

Then there were pictures of the young girls in the small town he lived in, including friends of his own children, downloaded from Facebook. His web search terms apparently listed “naked young five-year-old girls”.

On the day he abducted April in 2012, Bridger had reportedly browsed his carefully organised cache of disturbing images, before attending a parents’ evening at his daughter’s school, which his victim also attended.

On his way home, he took the trusting little girl into his Land Rover and made his darkest fantasies a reality.

While the debate of whether there is a correlation between viewing pornographic images and contact offences is still ongoing, many criminologists and psychologists around the world are beginning to make the connection as the problem of child pornography - or child sexual abuse material as defined by the Interpol - grows globally epidemic.

“Accessing, viewing, having, distributing, sharing, giving, keeping pornographic material that contains a child or children are sexual exploitation of children. It is a crime and must be treated as such. This is clearly outlined in the Child Act 2001,” Dr Geshina underlines the gravity of the misconduct.

She warns, “At some point, the obsession for this kind of child sexual abuse material online is likely to be expressed as a behavioural urge or compulsion to act out the deviant fantasy (in the real world).”

This is the fear that strikes a chord in many parents with the case of Malaysian student Nur Fitri Azmeer Nordin, 23, who was jailed up to five years in London recently for making and distributing indecent child sexual abuse images that have been described as “some of the most extreme images that have ever been seen by officers that work in that field”.

Like Bridger, the third year Mathematics student at the prestigious Imperial College is a well-regarded member of his faculty.

When Nur Fitri suddenly stopped attending classes in November last year, his classmates reportedly thought nothing sinister of it. 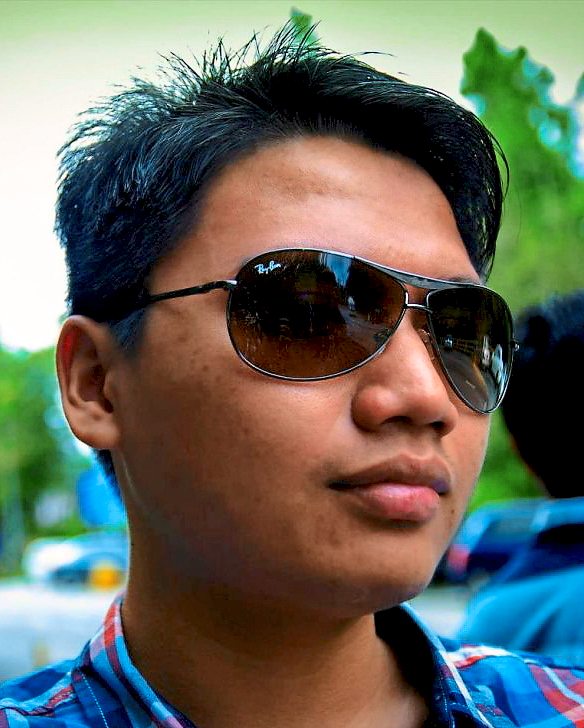 As some of his classmates had told Imperial’s student newsletter Felix, “There were no signs of odd behaviour, he had a full attendance record and was a top student. I couldn’t spot anything wrong,” “He had a good sense of humour... all in all he was a great guy, ” and “I’m shocked to find out about his crime...”

His neighbours in his hometown Kampar, Perak, were equally shocked to learn of his crime.

His family background seemed stable - Nur Fitri’s parents, a retired hospital driver and a housewife, were said to be “nice people” - with him, at a glance, showing no tell-tale signs of being a victim of child abuse himself.

His Facebook account (now suspended) painted him as a popular young man (with 1,079 friends) who liked football and reading. His other passion, Maths, saw him training for and competing in the Olympics for maths students, the International Mathematical Olympiad in 2011 before joining Imperial in 2012.

According to the British police, they tracked down Nur Fitri when they were alerted to some heavy movement of child sexual abuse material in the West London area where he lived.

When they went to raid his flat at Queensborough Terrace, the police caught Nur Fitri red-handed with his laptop open, next to a life-size mannequin of a boy.

More than 30,000 child pornographic files were recovered from his laptop and other devices, including 601 videos and images falling under Category A (depicting the most extreme forms of abuse, including penetrative sexual activity with children).

Nur Fitri reportedly pleaded guilty to a total of 17 counts in front of the Southwark Crown Court last month including to one count of possessing a total of 921 of indecent images and videos specifically of children.

Until a full assesment is conducted, it would not be clear if Nur Fitri would act out his online sexual fetish with real victims.

The arrest, however, should raise a loud enough alarm bell of the danger he could pose in the future if he does not serve time in prison where he can undergo rehabilitation as well as reflect and reform.

One study of 155 sex offenders by ML Bourke and AE Hernandez (2009), “A report of the incidence of hands-on child victimisation by child pornograpgy offenders” found that only three of the 155 who entered treatment were verified as being “just pictures” offenders. In their study “Sex offenders and the Internet”, K. Sheldon and D. Howitt argue that psychologically, online offenders are very similar to contact paedophiles, cautioning against complacency with regards to what these offenders can go on to do.

As the US National Juvenile Online Victimisation Study described, men (less than 1% were women) who view child pornography include those who are sexually interested in prepubescent children (paedophiles) or young adolescents (hebephiles); who use child pornography images for sexual fantasy and gratification; are sexually “indiscriminate”, meaning they are constantly searching for new sexual stimuli; are sexually curious, downloading a few images to satisfy that curiosity; and are interested in profiting financially be selling images or setting up websites requiring payment for access.

In a report presented at an Interpol specialist group on crimes against children meeting, it was revealed that while there are many who start viewing these child sexual abuse material online as “simple viewers”, they can be drawn to the tight-knit communities of those with paedophilic disposition over time. To get in, like in any “gangs”, the simple viewers will have to prove themselves by sharing child sexual abuse material they have sourced from other sites or produced themselves. Once accepted, the “newbies” will be familarised with the workings of the community and be educated on how to source and produce other illegal content as well as pick up skills to evade and hide from authorities.

More sinisterly, the progression of a paedophile goes both ways, says Dr Andrea Slane, a criminologist from University Toronto who points out in in her study “Democracy, social space and the Internet” that “the the physical and virtual are not opposed” - the physical can also complicate the virtual.

As the United States Sentencing Commission outlined to the American Congress in their report on Federal Child Pornography Offences in 2012, approximately one in three online child pornography offenders had engaged in one or more types of criminal sexually dangerous behaviour.

In Malaysia, this was seen in the case of the taxi uncle rapist some years ago who raped a few secondary school students in Cheras and blackmailed them to silence with the video recordings of their rape.

It was also seen in another case of a Malaysian sex offender abroad, 31-year-old Malaysian engineer working in Singapore, Yap Weng Wah who was caught for sexually preying on 31 boys aged between 11 and 15 in January this year. Yap had preyed on his victim in the “old-fashioned” way by stalking, meeting and grooming them at different youth-centred and public places like the swimming pool and toilet cubicles at shopping malls.

When the Singapore police raided his home after one of the victims made a report, they found more than 2,000 video clips on his laptop, mainly of his sexual acts with his victims, which he had meticulously catalogued in folders indicating each boy’s name, age and year they met.

So while the number of online child pornography offenders is said to be still low in Malaysia, make no mistake - accessing, downloading, collecting and sharing indecent photographs and videos of child sexual abuse online is a heinous crime.

It is a dangerous threat that is set to escalate with the growing connectivity in Malaysia and is definitely not an act of “playing truant” as some would want us to believe.

Combined with the existing trend of high rate of child sexual offences - police statistics indicate that five girls below the age of 16 are sexually assaulted or raped each day - we need to send the right signal out to the public about the dangers.