KUALA LUMPUR: Results of the Chinese language exam in the Sijil Pelajaran Malaysia (SPM) will soon be recognised by China, marking a success for MCA’s efforts to boost the language.

Describing it as “the biggest breakthrough for Malaysian Chinese education”, MCA deputy president Datuk Dr Wee Ka Siong revealed that Chinese Language 6351 in SPM will be acknowledged to be at par with the Chinese Proficiency Test (HSK).

According to Dr Wee, the draft memorandum of understanding (MoU) with China was tabled before the Cabinet on April 3, and subsequently approved on Friday.

Wee said the initiative started since he was the Deputy Education Minister and took five years to come to fruition.

According to him, there were around 60,000 students applying to take Chinese Language 6351 every year.

“As it is now recognised internationally, we hope more students will apply for the subject,” he said.

Asked if there would be changes to the syllabus and the exam’s difficulty, he assured students these would remain the same. “The level of our Chinese education is recognised by the HSK, that is why our exam’s difficulty will not be raised or lowered,” he said.

“You will sit for one paper but have two separate gradings. There is no need to take another Chinese language proficiency test when you wish to enrol in Chinese Universities,” he said. 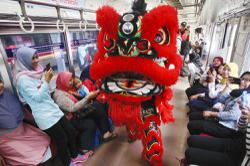