It was in 1964 and Lee was on his rounds in Peninsular Malaysia to set up branches of the People’s Action Party (PAP) after Singapore joined the federation with Sabah and Sarawak to form Malaysia.

“Lee came to Seremban with his wife and agreed to put up at my place for two nights.

“He then went around promoting the idea to set up PAP branches here," said the 90-year-old DAP ­veteran.

Dr Chen said although Lee had a serious demeanour, the Cambridge-trained lawyer would often crack a joke or two during conversations. 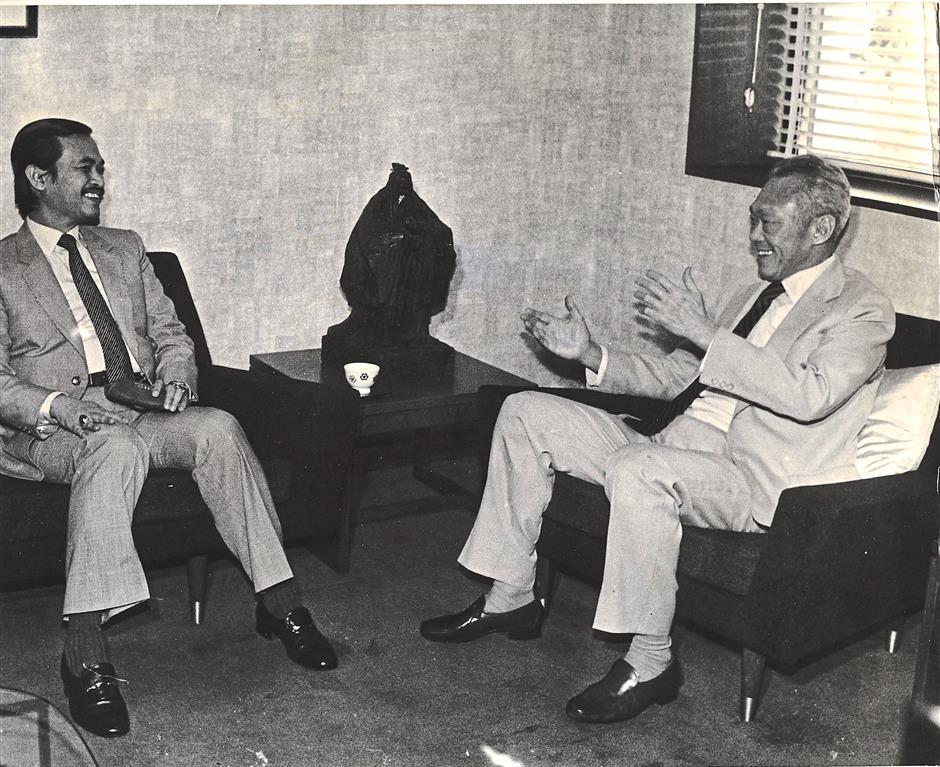 Good times: Lee chatting with then Datuk (now Tun) Abdullah Ahmad Badawi when the latter called on him at the Istana presidential palace back in 1985. — Bernama


“Although we only met a few times, I could tell that he was a simple man.

“But he was one who never compromised on his principles.

“He was very fair in whatever he did and was a firm believer in equality,” Dr Chen reminisced.

Dr Chen said Lee’s hopes of seeing PAP spread its wings to the peninsula was derailed after Singapore left Malaysia in 1965.

The PAP had not performed well in the general election held a year earlier, only winning the then Bangsar parliamentary seat through its candidate C.V. Devan Nair.

When Singapore left Malaysia, PAP was de-registered and Devan Nair then founded DAP with a few others – including Dr Chen, who became the party’s first secretary-general.

Dr Chen, who still runs his cli­nic along the busy Jalan Tuanku Munawir near here, said Lee rarely visited the peninsula after Singapore became a republic. 
“We only met a couple of times after that as he spent most of his time focusing on Singapore,” said Dr Chen.

Dr Chen won the Rahang state seat as an independent in the 1965 state election.

DAP, which was formed in 1966, remained friendly with Lee's PAP, but they never went beyond that, said Dr Chen, who graduated from Singapore's King Edward VII Medical College in 1952.

Dr Chen said the last time he met Lee was three decades ago during a spat between the latter and Devan Nair, who returned to the republic and served as president from 1981 to 1985.

"I went to see Lee at his office and appealed to him to patch up with Devan Nair and to put aside whatever differences they had.

“Lee will always be remembered as a great leader, who not only upheld democracy, but was an icon both in Singapore and the region for the progress he brought,” he added.