Asmadi (centre) showing the seized drugs to the media during the press conference at the district police headquarters.

KUALA LUMPUR: Police have arrested four men in a series of anti-narcotics raids around the city for various drug offences including peddling illegal substances to teenagers.

Wangsa Maju acting OCPD Deputy Supt A. Asmadi Abdul Aziz said on Sunday that an anti-narcotics team from the district police headquarters carried out the raids between 3pm Thursday and 11pm Friday.

“We arrested a man in his 30s at Desa Rejang, Taman Sri Rampai, Setapak at about 3pm Thursday.

DSP A. Asmadi said acting on a tip-off; the team apprehended a 23-year-old Sri Lankan man at a flat along Jalan B, Taman Bangsar at around 5pm the same day.

“We found a plastic packaged containing 18.3g of pink coloured substance, believed to be heroine, on him.

“Also on him were 625g of compressed ganja and one package containing 73g of dried plant believed to be ganja.

“We found another five package of compressed drugs, also believed to be ganja, on his person,” he added.

DSP A. Asmadi said in total, the drugs seized from the Sri Lankan man amounted to RM2400.

The second waves of raids were conducted on Friday, with the first arrest made at an unnumbered house in Jalan Ayer Mata, Setapak at approximately 7pm.

“We arrested a 52-year-old man who was found in the possession of 62.8g of green-coloured powder and chunks.

“The confiscated drugs amounted to RM1300,” explained DSP A. Asmadi.

“We found 247g of compressed drug, believed to be ganja, on him.

“The seized substance amounted to RM400,” he explained.

DSP A. Asmadi said all four suspects tested positive for drug use and are being investigated under Section 39B of the Dangerous Drug Act.

“We believe that the men were distributing drugs in the identified areas, and their target customers include out-of-school teenagers.

“We welcome information from the public regarding drug dealing activities in their respective neighbourhoods,” he added. 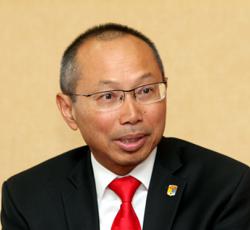