Sabah Speaker: Not having passport does not mean you are not Malaysian

PETALING JAYA: Not having a passport does not mean you are no longer a Malaysian citizen, said a Sabah Speaker and former Chief Minister of Sabah.

Datuk Seri Salleh Said Keruak, in his blog, said that millions of Malaysians and billions others in the world do not have passports.

“You do not need a passport to be a citizen whether in Malaysia or in any other country in the world.

“A passport is merely a travel document,” he said Wednesday.

He added that many seemed confused regarding passports and citizenships, with some saying that it was unlawful for the government to cancel passports.

“A passport is not a right but a privilege and you can lose this privilege under certain circumstances or if you misuse your passport,” he said.

Salleh gave examples of people who are declared bankrupt or owners of businesses who defaulted on their Employees Provident Fund (EPF) contribution, whose passports can be revoked.

“The same goes for those who have evaded paying their income tax and are on the blacklist.

The Immigration Department has recently revoked the passports of sex blogger Alvin Tan and activist Ali Abd Jalil, both of whom fled the country and sought asylum in foreign countries. 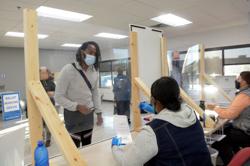