Malaysians overseas in headlines for the wrong reasons

Malaysians overseas in headlines for the wrong reasons.

PETALING JAYA: A Malaysian law professor, caught up in a sex-for-grades scandal, lost his Singapore permanent resident (PR) status on Thursday after he failed to get his case reviewed when his PR status was revoked last year.

The former National University of Singapore (NUS) lecturer Tey Tsun Hang was convicted in June 2013 for obtaining sex and gifts from students in exchange for better grades. Tey being helped by two lawyers from the defence team when he walked out of the Subordinate Courts on 17 April 2013.

The 43-year-old professor was accused of taking advantage of the student and had even impregnated her.

Here are a four other Malaysians that made the headlines overseas for the wrong reasons.

A chief steward with Malaysia Airlines (MAS) allegedly put his hand down Australian Laura Bushney's pants during a flight from Kuala Lumpur to Paris on August 4.

The 26-year-old said that she was "petrified" when the steward allegedly began touching her under the guise of calming her nerves, as she was afraid of flying, she then said that the steward pleaded with her not to report the incident.

Bushney lodged a police report upon arrival at Paris Charles de Gaulle Airport on August 5, where French authorities detained the steward. He has been detained in Paris ever since.

MAS has since terminated the employment of the steward.

Second Warrant Officer Muhammad Rizalman Ismail, a defense staff assistant with the Malaysian High Commission in New Zealand, was alleged to have broken into the house and sexually assaulted a 21-year-old woman at her home in Wellington. 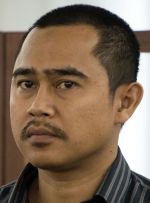 Rizalman reportedly followed the young woman back to her home on the night of May 9 and is alleged to have assaulted her with the intent to rape.

However, Rizalman was extradited to New Zealand in October after leaving the country under diplomatic immunity after he was charged in May.

He pleaded not guilty last month to charges of burglary and assault with intent to commit rape at the Wellington District Court.

A Malaysian doctor working in Britain pleaded guilty to secretly filming over 1,000 people without their knowledge with hidden cameras at public places, toilets and even in his own house.

According to a BBC report, Yeoh Lam Hoe who is a hearing consultant, used cameras disguised as pen drives and watches to make the recordings.

The 61-year-old admitted to seven counts of voyeurism, six charges of making indecent images of a child and one of possessing extreme pornography at the Croydon Crown Court, after being arrested in April.

It was reported that Yeoh was sentenced to eight years in jail, of which he will serve five years before being released on licence.

A Malaysian neurosurgeon, who binged on cocaine and was linked to the death of two prostitutes in Australia, sparked an outcry among Australians when he was allowed to continue operating on patients despite his condition.

It was revealed on ABC's Four Corners program that Dr Suresh Nair was arrested in 2010 for manslaughter and supplying drugs and heard his former patients telling how their lives had been destroyed by surgeries he had botched.

According to reports, the New South Wales (NSW) Medical Board had allegedly allowed Dr Nair to continue working at the Nepean Private Hospital in Sydney although he was already banned from the Nepean Public Hospital. 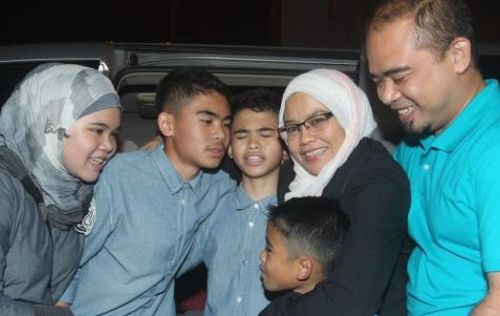 Azizul, his wife Shalwati, and their children.

Tourism Malaysia director in Stockholm Azizul Raheem Awalluddin and his wife Shalwati were detained on Dec 18 last year after Ammar, the second of the four children, told the staff at his school that he had been hit. The staff then reported the matter to the authorities.

On Feb 10, Shalwati and Azizul were charged with multiple counts of gross violation of a child’s integrity by hitting and abusing their children. The alleged offences took place in the family’s home in Spanga, a Stockholm suburb, between Sept 15, 2010 and Dec 17, 2013.

Sweden has outlawed corporal punishment since 1979, and is known to punish offenders heavily - with a minimum prison sentence of nine months.

The two Malaysians have since been released and are back home in Malaysia with their children.

Malaysian Siti Aishah Abdul Wahab was 69-years-old when found and was one of three women believed to have been held for more than three decades by a cult-like Maoist sect led by Singaporean national Aravindan Balakrishnan and his partner Chanda Pattni, a Tanzanian national of Indian descent. Siti Aishah, who was a student activist and leftist in the 1970s, was found held alongside an Irish woman, 57, and a younger woman known as Rosie Davies, 30.

Investigations are ongoing, but in September this year Scotland Yard released Chanda Pattni from their custody.