Agencies face ‘headache’ in weeding out 67,000 illegals with dubious ICs

PETALING JAYA: With the report on the Royal Commission of Inquiry (RCI) into Sabah’s illegal immigration out, the task to clean the state of illegals now starts.

He said it would be a major “headache” for the relevant enforcement agencies to weed out more than 60,000 illegal immigrants in Sabah with dubious Malay­sian identity cards.

While giving a reassurance on the enforcement of the RCI’s recommendations to fulfil the desire of Sabahans to see the state free of illegal immigrants, Dr Wan Junaidi said a concerted effort among the police, immigration and national registration departments (NRD) was required to solve the “complex issue”.

“The far implications of the RCI will be such a headache for the relevant agencies involved in resolving the problem.

“It is a very complex issue. Pening kepala (a headache),” the Sarawakian told The Star yesterday.

He said it was also crucial for the Attorney-General’s Chambers to come out with clear guidelines setting out the legal implications during the weeding out process.

“There are about 67,000-plus holders of such identity cards.

“We will have to detect them to know where and who they are,” he said, noting that the problem spanned as far back as the 1980s.

He added that repatriation would also be based on whether they had acted in good faith or otherwise when applying for the identity cards.

“Some of them acted in good faith thinking they were applying for genuine identity cards from the Government.

“They only thought the officers involved were corrupt as they had to pay for the cards,” he said. 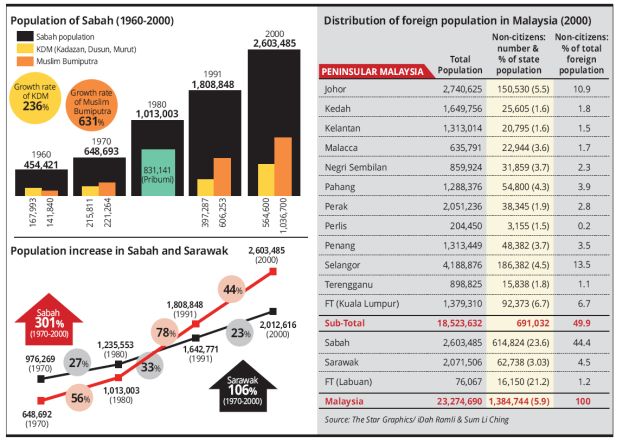 Another aspect, he said, was the status of their children as the problem spanned three generations.

“Some of those with ICs have grandchildren,” he said, adding that annulment of citizenship would also have a cascading effect.

Another issue was the government of the country of their origin.

Dr Wan Junaidi said those who had obtained their identity cards in bad faith would have their citizenship annulled and repatriated but it would need the cooperation of the IC holder’s country of origin.

Asked about syndicates singled out by the RCI, he said this was in reference to cases investigated by the authorities in the 1990s.

“Actually, the syndicates referred to in the report were linked to the cases where more than 10 Immigration and NRD officers detained under the Internal Security Act in the 1990s for being involved in organising the production of identity cards for illegal immigrants,” he said.

As a further preventive measure, he said a proposal would be made for the NRD to set up an Integrity and Standard Compliance Department.

This, he said, would prevent the recurrence of syndicates producing identity cards for illegal immigrants through inside jobs.

The report said the KadazanDusunMurut (KDM) population increased by 162%, the Bajau and Iranun number rose by 344% while the increase in the number of Malays was 1,552%.