Proud to be Malaysian: Kandapan showing off the colourful decorations at his home in Seri Alam, Johor.

JOHOR BARU: Walking into M. Kandapan’s home is like stepping into a Merdeka carnival.

Not only is the house adorned with hundreds of miniature and large Jalur Gemilang, the roof too is painted in the red and blue hues of the national flag.

Smiling from ear to ear, the 54-year-old businessman said he spent over RM26,000 to create the Merdeka atmosphere at his home.

“I just love spreading the Merdeka spirit and on top of decorating my house, I also bought flags for my neighbours and helped them put them up,” he told reporters at his house.

“Apart from the Jalur Gemilang, I also hung flags of all the states on my ceiling in the porch area.

“Around the house, I’ve put up posters and pictures of iconic figures,” he said proudly.

Kandapan said it was a ritual for him to decorate his house and cars every Merdeka, which he looked forward to each year.

“Previously, I gained attention with the elaborate patriotic decals on my cars. This time, I decided to go all-out and do up my house as well,” he said.

Kandapan said he hoped to inspire patriotism in the younger generation.

“Everyone complains all the time but we have to be thankful for all that our country has provided for us,” he added. 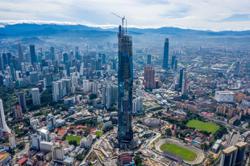 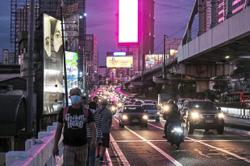