In a statement, Azhar said his decision was in line with MRT Corp’s culture of taking responsibility.

“As the head of MRT Corp, I am taking personal responsibility for the incident, and this is the correct thing to do,” he said, adding that MRT Corp chairman Tan Sri Dr Ali Hamsa had been informed of his decision.

Azhar was appointed as the CEO on Sept 1, 2011, following the Government’s decision to set up the company to take over the owner­­-ship and development of the Klang Valley MRT Project from Syarikat Prasarana Malaysia Bhd.

He recently secured a two-year extension that would have seen him helming MRT Corp until 2016.

However, Azhar is not about to just walk off his job. Instead, he gave his undertaking that justice will still be served, even if he is no longer CEO beginning today.

“If I had taken action against myself over this incident, I will make sure there would be action against those who are responsible,” he told a press conference at the accident site here yesterday.

Azhar also pledged that despite his exit, he would continue to see through this case so that the families of the deceased workers obtain justice.

“I was told that some security measures were not followed by subcontractors, and if that is really the case, I will make sure MRT Corp never works with them again,” he said, adding that despite his cajoling on work safety, work incidents kept cropping up.

Meanwhile, it is learnt that MRT Corp’s stakeholder relations and land management director Haris Fadzilah Hassan would be acting CEO in the interim. 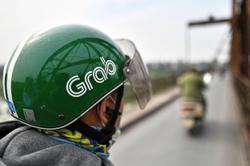