GEORGE TOWN: The proposed National Harmony Bills will not be tabled this year as there is still a lot to be done in the drafting of the Bills, said Minister in the Prime Minister’s Department Nancy Shukri.

“The Bills will not be rushed to give time to the National Unity Consultative Council (NUCC) to complete its work.

“There’s no deadline to complete the drafts as many aspects need to be studied as we want a comprehensive solution to address the racial and religious issues of all communities.

“Among the issues being looked into is whether to include a penalty if someone makes a statement with racial undertones,” she told reporters after a Hari Raya dinner organised by Persatuan Melayu Pulau Pinang (Pemenang) at a hotel here on Monday.

When asked if the Bills would be tabled next year, Nancy said it was likely but no definite date had been proposed.

Commenting on reports that the Attorney-General’s Chambers practises selective prosecution, Nancy said every case was thoroughly investigated and the A-G’s Chambers only charged individuals if there was evidence.

“There must be substance in every case investigated, and prosecution is only recommended if a particular statement or action is deemed seditious or unlawful.

“The A-G has a tough job and every case hinges on the investigation and evidence, and the question of selective prosecution does not arise as the due process of the law must take place before anyone is charged,” she added. 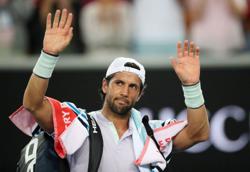