PETALING JAYA: Nigerian scam e-mails and SMSes promising expensive lucky draw prizes used to be the norm but scammers are now opting for “legal and personal” sounding tricks to get gullible folk to part with their money.

Lee, (not her real name) a housewife in Seremban received a call from a man claiming to be a bank representative asking if she had bought jewellery from a store at the Kuala Lumpur International Airport (KLIA).

“I said no and he told me to call Bank Negara and gave me a number to call,”

“I was greeted by a professional sounding voice automated machine when I did,” she recalled.

After being welcomed to “Bank Negara” and given the extension numbers to key in, Lee was passed from department to department, as the generic operator music played on while she waited.

She was then greeted by a “bank officer” who told her that investigations showed her bank details had been stolen and used to open a joint account with a stranger in Singapore.

“He said the stranger was part of a money laundering syndicate in the republic. I got scared because he said there was a criminal investigation.

“He said the man might have access to my account and asked me to go to my bank and check if anything was missing in my balance.

“He also told me to stay on the phone the whole time for ‘recording purposes’,” she added.

When she reached the bank, the “officer” who was still on the phone with her, informed her that a “safe account” had been set up for her to move her money.

Fearing that she could lose her money and convinced she was speaking with someone of authority, Lee banked in her entire life savings.

“The authorities never told me to watch out for things like this. I wouldn’t have done it if I knew. I just want to forget the whole thing but it is haunting me,” said Lee, who broke down while speaking on the phone.

Another victim, Najat, a 25-year-old interior designer in KL, received a phone call from an automated operator of a particular bank, asking if she had just bought RM3,000 worth of jewellery with the bank’s credit card.

She said she had made no such transaction and asked to speak to a bank officer.

The man who greeted her on the other line spoke fluent Malay and sounded professional.

He asked her for her personal details and posed a series of questions about her credit card usage.

He then told her that her identity might have been stolen, and asked her to file a report with Bank Negara’s “Unit Kredit Kad Palsu” (Credit Card Fraud Unit).

When Najat called the number given, one “Inspector Teo” claiming to be from the unit, asked her to transfer funds to a third party account as part of a “security check”.

“I believed him and tried to transfer RM7,000 to the bank account number given to me.

“However, the transaction did not get through as my daily transfer limit has been set at RM3,000.

“Before hanging up, Inspector Teo warned me not to use any of my credit cards for three days or disclose the investigation to anyone,” said Najat.

Feeling that something was amiss, she called Bank Negara again.

This time, a bank officer told her she had been conned as the two men who spoke to her earlier were not employees of the bank.

There is no credit card fraud unit.

“I spent the rest of the day in and out of the police station, changing my bank account details, and freezing any attempted transactions.

Priya, 27, related a similar story of receiving a call from a supposed banking agent telling her that she had an outstanding debit of RM6,000 on her credit card.

“I told him repeatedly that I do not have any credit cards, and he passed me to someone else, who told me I might be a victim of identity theft.

“He started asking for my savings account particulars, which I gave, but luckily I did not give him my pin number.

“Then he said he would call me back later, but naturally he didn’t.”

Priya later read a statement on Bank Negara’s website warning the public to be wary of fraud attempts using such tactics. 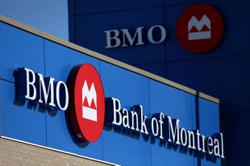