“By renaming the roads, the late Karpal Singh’s contribution will always be remembered,” said Lim. 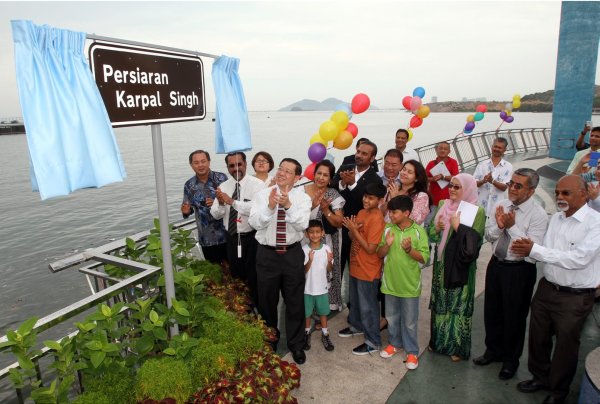 Among those present at the ceremony were Karpal’s widow Gurmit Kaur, his sons Ramkarpal Singh and Jagdeep Singh Deo, as well as Jagdeep’s wife and their three children.

Karpal, a former DAP chairman, was killed in a road mishap along the North-South Expressway near Gua Tempurung, Perak, on April 17.